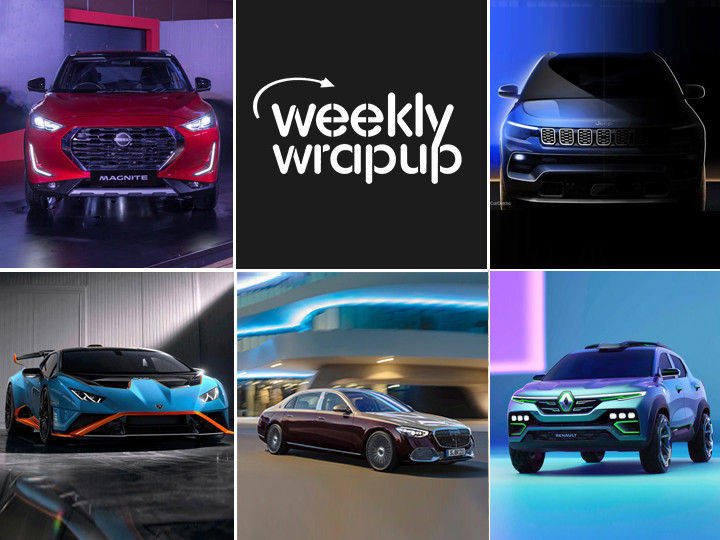 If you’ve missed tuning into ZigWheels over the past seven days, we have got you covered with our weekly car news wrap report. The past seven days have largely been dominated by international headlines with a couple important announcements for India. Scroll down for a detailed read.

Renault has revealed its upcoming sub-4 metre SUV, the Kiger concept. The Kiger is essentially a Nissan Magnite, but with revised styling elements that follow Renault's design language. Has Renault done a good job with the styling? Click here to find out.

Nissan’s do or die product, the Magnite, has a launch date. The Magnite is Nissan’s sub-4 metre SUV that fights it out with the Kia Sonet, Hyundai Venue and Tata Nexon. Does the Magnite create a strong first impression at first glance? Find that and more in our detailed first drive review.

The 2021 Mercedes-Benz S-Class has received an even more opulent variant thanks to the folks at Maybach. The new Maybach S-Class is the epitome of luxury and could give shivers to its closest competitor, the Rolls Royce Ghost. Click here to read our detailed unveiling report.

Jeep has revealed the facelifted Compass. What are the feature updates like and does it look any different than the existing model? Answers here.

The folks at Sant'Agata Bolognese Lamborghini have revealed the Huracan STO, a track focussed Huracan that can be driven on public roads. It’s 40kg lighter, has better power-to-weight ratio and better stopping power thanks to the F1-inspired CCM-R braking system. Enough said, take a closer look and find out whether us Indians can see it plying on Indian roads or not.