Four 7-Seaters To Watch Out For!

From the Gravitas to the MG Hector Plus, these are the 7-seater midsize SUVs that will hit showrooms in the coming months 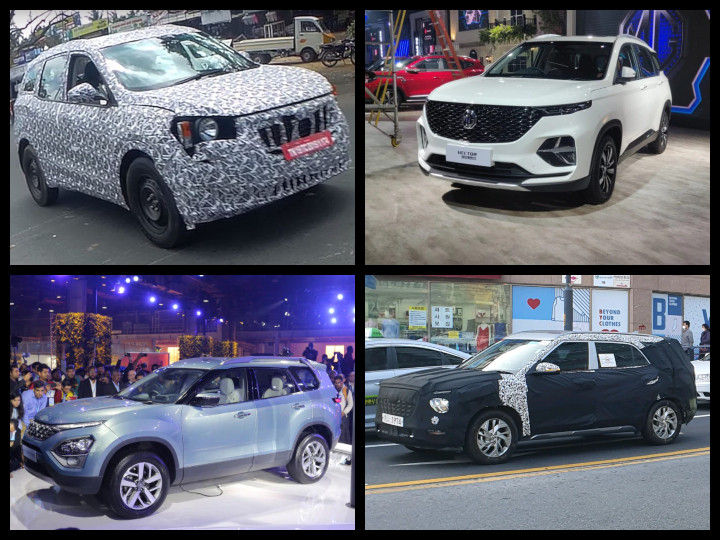 Looks that stand out, tech that makes geeks happy and engines that are easy within the city and the highway. The compact SUV space - currently dominated by Kia’s Seltos and Hyundai’s Creta - seemingly has it all. It’s kept us happy for a long time, but the want for more persists. More practicality, more tech and importantly, more seats. To scratch this itch, we see manufacturers rushing to offer seven-seater alternatives for a premium.

For a segment that had the Mahindra XUV500 reign supreme for the most part, more is always better right? Here’s a quick list of options you could consider, soon after the lockdown lifts:

The Gravitas is a stretched version of the 5-seater Harrier. Unlike the Hector Plus, the Gravitas has a redesigned profile with a stepped roof. The Gravitas’ cabin gets a different colour scheme and can be had with either captain or bench seats for middle row occupants. It’ll be powered by the 170PS 2.0-litre diesel engine with either a 6-speed manual or automatic option. Have a closer look at the Gravitas here.

The next-gen Mahindra XUV500 has been spotted testing plenty of times. Though the silhouette looks largely similar to the current model, it’s expected to get plenty of design upgrades. Just like the current model, we expect Mahindra to load it to the gills with features. The XUV500 is expected to be offered with BS6-compliant 2.0-litre petrol and diesel engine options. More details about the XUV500 right here.

Hyundai India is yet to confirm the launch of the 7-seater Creta in the country. That said, considering the success of the current-gen Creta, the South Korean carmaker could launch its 7-seater sibling in the country real soon. The 7-seater Creta is currently undergoing tests and is expected to be launched in international markets by the end of 2020. You can have a closer look at it in spy shots here.

These are the top 7-seater midsize SUVs that are expected to be launched in the country. Which one are you waiting for? Let us know in the comments below.