Here Are Our Top 5 Performance Bikes Of 2019 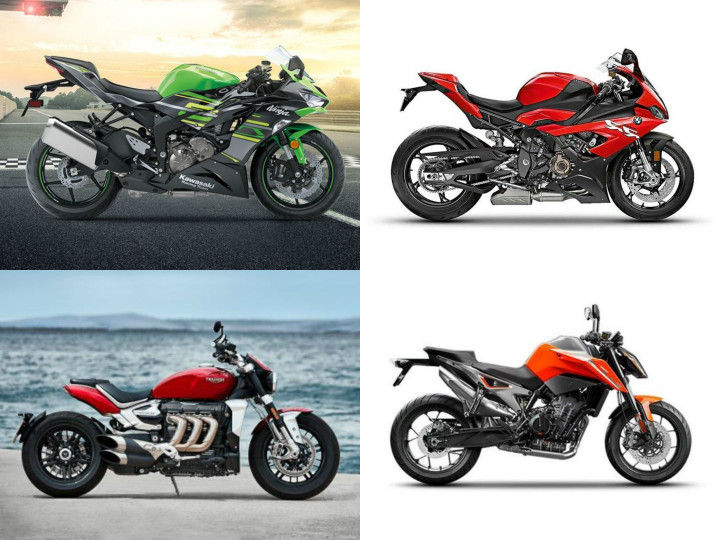 2019 has been an action-packed year for the performance motorcyclist, with quite a few exciting launches. From naked streetfighters to fully faired supersports and a few in between, here are our top 5 performance bikes launched in 2019:

The 2019 iteration of the Bavarian Bullet arrived at our shores in June and BMW blew us away by pricing this bike almost identically to its predecessor (Rs 18.5 lakh ex-showroom Delhi for the base model). Thanks to its revolutionary ShiftCam technology, the new S1K puts out a mammoth 206.6PS (8.1PS up on the previous bike) while still offering strong low and mid-range performance. BMW also managed to shave off 11kg and added a comprehensive IMU-assisted electronics package.

Another supersport launched in India this year was the legendary Ninja ZX-6R. There are only two 600cc Japanse supersports still on sale worldwide, and one of them finally made it to our shores. The screaming 636cc inline-four motor makes its 130PS peak output at an astronomical 13,500rpm, while 70.8Nm of torque kicks in at 11,000rpm. This being 2019, the Ninja also gets 3-stage traction control, a quickshifter and ABS. Kawasaki has priced the 6R at Rs 10.49 lakh (ex-showroom Delhi).

The CBR650R is a more aggressive and committed version of the previously sold CBR650F. At 88.3PS and 60.1Nm, the R is more powerful but less torquey than the bike it replaces, while at Rs 7.70 lakh (ex-showroom Delhi), it is Rs 32,00 dearer. The design language is also more aggressive, mimicking the current Fireblade with two mean-looking LED headlights up front. Traction control and an assist and slipper clutch make the CBR a slightly easier motorcycle to ride.

Yes, after much fanfare, the KTM 790 Duke was finally launched in India at Rs 8.64 lakh (ex-showroom Delhi). Most of us were a little disappointed by the price but these sorrows were swiftly blown away once we rode the bike and got an idea of its capabilities. The 799cc parallel-twin motor puts out 105PS and 86Nm, while the whole bike weighs just 169kg dry. All this performance is reined in by a comprehensive IMU-assisted electronics package and the 790 is stopped by J Juan calipers biting down on twin 300mm discs.

Yes, the biggest production motorcycle engine in the world has just gotten even bigger. The Rocket 3 is now powered by a 2,500cc inline-triple motor producing 167PS and an eye-watering 221Nm of torque. That’s more than a Maruti Suzuki Swift! At Rs 18 lakh (ex-showroom Delhi), the new Rocket 3 R is also considerably more affordable than its predecessor. It is suspended on fully adjustable Showa units at both ends -- an upside down fork and monoshock. Bringing the Rocket to a stop are twin 320mm discs being bitten by top-of-the-line Brembo Stylema calipers.