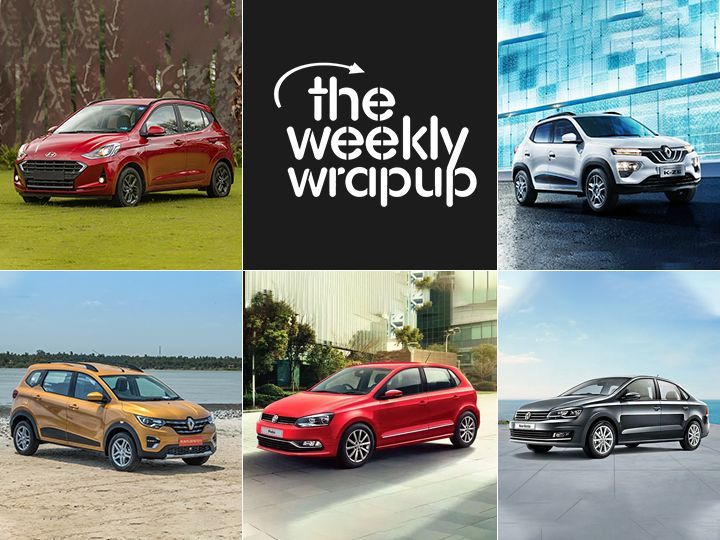 The last seven days have been interesting with Renault launching the Triber MPV in India while we also got to know that the Kwid facelift is inbound and fast approaching. Volkswagen’s much-loved duo, the Vento and the Polo, will gain a facelift that will be unveiled on September 4. Meanwhile, a segment below that, the recently unveiled Grand i10 Nios is all set to receive a CNG variant and a starkly contrasting turbocharged variant. And to top it off, Volvo will be showcasing something rather special which happens to be a three-seater.

The Renault Triber Is Here

Renault launched the Triber in India for Rs 4.95 lakh going all the way till Rs 6.49 lakh (ex-showroom India). RXE, RXL, RXT and RXZ are the four variants on offer. The Triber comes with a 1.0-litre energy petrol engine that produces 72PS/96Nm of torque mated to a 5-speed manual transmission. Although Renault didn't offer an AMT during the launch, the Triber is expected to get an AMT along with a BS6-compliant engine by early 2020. The Triber also doesn't have any rivals as such, being a niche product with modular seating options. Head here for more insight on the seating options of the sub-4m MPV.

Renault is preparing for yet another launch next month and this time, it's the Kwid facelift. The upcoming entry-level hatchback is expected to borrow various styling elements from the City KZ-E electric hatchback that was unveiled at the 2019 Auto Shanghai. Revamped front end styling with some relevant feature and safety additions are expected. It will continue to use the 0.8-litre engine that produces 54PS/72Nm and the 1.0-litre engine that makes 68PS/91Nm.

It's been 10 years since the Polo came out and Volkswagen is still milking the same car with minor touch ups. And guess what, another facelift is on its way. What’s new is the GTi inspired bumpers for both front and back.The tail lamps also get a GTi treatment while the interiors are expected to remain the same. Same applies for the engine options, the 1.0-litre, 1.6-litre petrol the 1.5-litre TDi engines will be retained while the 1.2-litre turbocharged petrol motor with 105PS of power and 175Nm of torque will also be carried forward. You can find more information as to which all engines are getting the BS6 update here. Both the Polo and Vento are also expected to carry a slight premium over the existing versions.

Grand i10 Nios To Get Turbo Power And A CNG Variant

The Grand i10 Nios might get the 1.0-litre Turbo petrol engine from the Venue by the end of this year. What that means is that Hyundai might offer an N-line variant to take on warm hatches like the Tiago JTP, Polo GT and the Baleno RS. This unit currently makes 120PS in the Venue, but the Nios is likely to get a lower state of tune. More about the potential sporty version here. Meanwhile, Hyundai will also offer a CNG version for the Nios, mostly in the Magna trim line. Perfectly balanced, as all things should be.

Volvo XC90 Excellence Lounge Console To Be Showcased In India

As the name suggests, the XC90 Excellence Lounge Console is a 3-seater version of the already luxurious XC90 Excellence. What Volvo did is ditch the front passenger seat for a business class like opulence. Instead, it gets a 17-inch touchscreen display which can also be used as a table or footrest. Other bonkers additions include ventilated massaging couch-like seats and a refrigerator complete with a bottle and glass holders. The luxo barge is powered by the T8 Twin-Engine motor good for 407PS and 640Nm of peak torque and will be priced above the XC90 Excellence which retails for Rs 1.31 crore. Volvo might only bring in units depending on customer demand when the SUV is showcased on September 3rd.