Check out our curated news highlights of this week 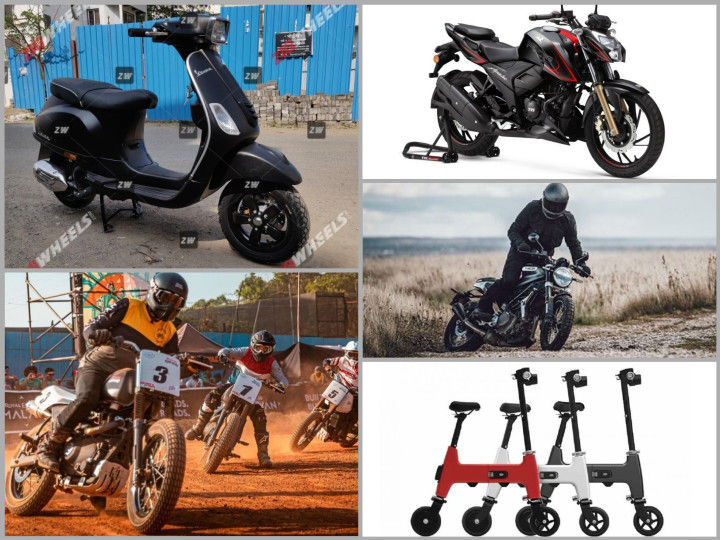 Preparations for BS6-emission norms have intensified with a couple of launches this week. Apart from this, there have been other interesting developments too. Here are our top five highlights of this week from the world of two-wheelers:

TVS has had quite a busy week as it surprised us with not one but three BS6 launches! The newly launched Jupiter Classic is the first 110cc scooter to comply with the upcoming emission norms. On the other hand, the Apache twins also get fuel injection but their performance figures aren’t as impressive as before. However, they do get a couple of tangible features to make up for it.

We’ve learnt that the BS6-compliant Vespa and Aprilia scooters will be considerably more expensive and we’ve also got our hands on the exclusive images of the upcoming Vespa SXL 150. Though it looks the same as its BS4 counterpart externally, there has been a significant change under the hood.

Royal Enfield unveiled the flat tracker version of the Himalayan, called the Himalayan FT 411 at the 2019 Rider Mania. The cult bikemaker has partnered with S&S Cycles to create this machine. If you want to learn flat tracking, you can soon sign up with Royal Enfield’s Slide School and ride this very motorcycle!

The Husqvarna Vitpilen 401 and Svartpilen 401 are all set to make their official India debut at the India Bike Week scheduled to take place on December 6. Here’s what these bikes pack and this is how much they are expected to cost.

Xiaomi’s new electric bike can fit into a backpack!

Popular electronics manufacturer Xiaomi has unveiled a foldable electric bike, which can contort itself to be small enough to fit inside a backpack! This 14.5kg electric bike gets 180W motor and a really impressive range for a bike of its size.