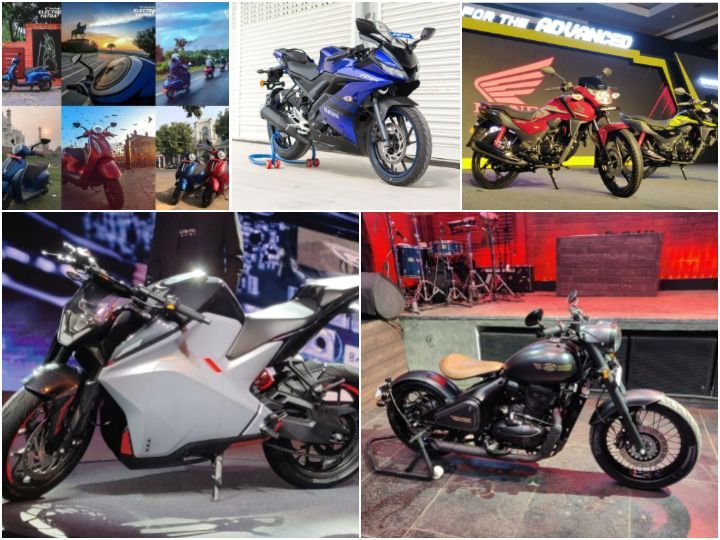 What an electrifying week it was! Quite literally, if you must. Bengaluru-based startup, Ultraviolette, unveiled India’s first all-electric performance motorcycle, the F77. But if you thought the fighter jet-inspired motorcycle was the highlight of the week, well, think again. Here’s what else that made the headlines over the last seven days:

Yes, it’s finally here. Jawa has finally launched the gorgeous Perak in India at Rs 1.94 lakh (ex-showroom). What’s interesting is that the final production version looks almost similar to the pre-production version which was showcased last year. Now, if you want to see how good it looks from all angles, then click here or else head here for the detailed report.

Ultraviolette F77: A Made-In-India Electric Bike That Does 147kmph!

Ultraviolette unveiled India’s first all-electric performance motorcycle, the F77, on 13th November. With 90Nm of torque on tap, the F77 can go from 0-60kmph in 2.9 seconds! Sounds mind boggling, right? Wait till you see the entire spec sheet!

Honda has added another BS6-compliant two-wheeler to its portfolio in the form of the new SP 125. The new motorcycle is the spiritual successor to the CB Shine SP and is priced at Rs 72,900 (ex-showroom). The new SP 125 is bigger, cleaner and more powerful than the CB Shine SP. Not only is it one of the few motorcycles that adhere to the new emission norms, but it also boasts some segment-first features!

Speaking of BS6 norms, according to our dealer sources, Yamaha will launch the updated R15 V3.0 and the Fascino next month. With this, Yamaha will have the biggest portfolio of BS6-compliant models. But the main question here is: will these models make less power than their BS4 counterparts? Head here to find out.

If you are waiting for the all-new electric Chetak, then we have good news for you. Bajaj will officially begin deliveries of the e-scooter starting January next year. However, Bajaj will launch the electric scooter in a phased manner, starting with Pune, followed by Bengaluru. On a slightly different note, KTM is working on its own electric scooter based on the Chetak! Yes, you read that right. The Chetak is soon going to be Ready To Race soon.