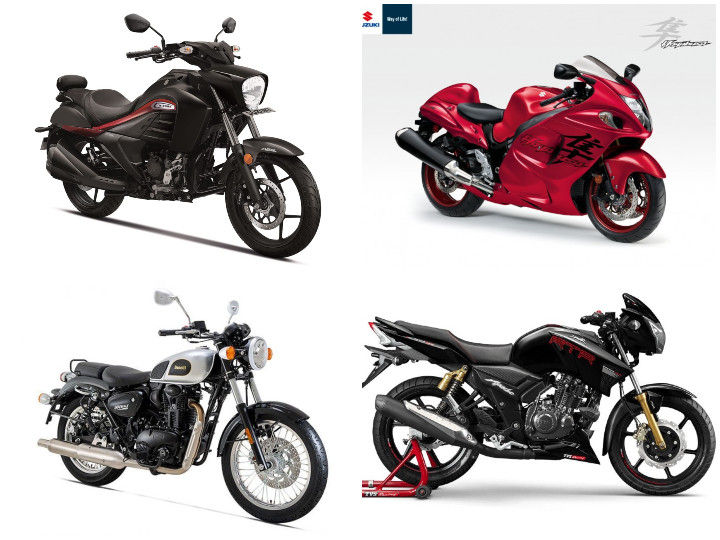 The COVID-19 pandemic has created economic, social and political disruptions unlike anything we’ve seen in the recent past. It has even affected the automotive industry, so much so that over the last week, the number of new product launches was quite limited. However, there were some announcements that caught our attention. Here’s a quick rundown on everything that transpired in the two-wheeler industry.

People of the internet, we have sad news for you. The Suzuki Hayabusa has been discontinued in India (insert sad emoji here). But that’s only because there’s an all-new ‘Busa in the making. So when will we finally see a brand new Hayabusa? Head here to find out.

The Apache RTR 180 Is Now BS6-compliant

TVS silently launched the Apache RTR 180 in its BS6 avatar this week. With this, the entire Apache range is now BS6-compliant. Interestingly, while most of BS6-compliant two-wheelers make less power than their BS4 counterparts, the BS6 version of the RTR 180 is a bit more powerful than its predecessor! What else is new in the BS6 RTR 180? Head here to find out.

Exclusive: Benelli Imperiale 400 to get BS6 update in April

Benelli is yet to launch a BS6-compliant motorcycle in India. So it makes sense for the Italian manufacturer to launch the updated version of its most popular motorcycle first, which, at the moment, is the Imperiale 400. Since its launch, Benelli has managed to sell over 4,000 units of the Imperiale! But the only caveat with the BS6 version is that it will get an insane price hike!

Just like TVS, even Royal Enfield has silently launched the Bullet 350 BS6. According to our sources, the new Bullet 350 BS6 is priced at Rs 1.27 lakh, making it around Rs 5,000 to Rs 7,000 more expensive than before. So what do you get for the additional amount? Umm, nothing much.

Suzuki showcased the “new” Intruder BS6 at the Auto Expo. And to be honest, we were a bit let down to see that it looks the same as before. And even more disappointingly, it comes with an insane Rs 12,000 price hike! It’s not like, it’s more powerful than before...