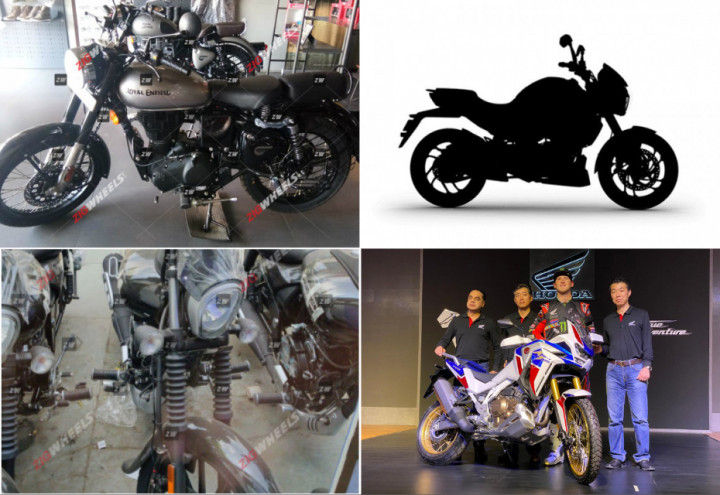 With BS6 emission norms set to be implemented soon, two-wheeler manufacturers have been busy rolling out their updated bikes and scooters. From the new Honda Africa Twin to the new Jawas, these were the launches that happened over the last seven days. Also, take a look at some of the hot topics from this week too:

When the new Jawa and Forty Two were launched, they were already BS6-ready. That meant the manufacturer didn’t have to make any major changes to make the two bikes BS6-compliant. However, the BS6 versions cost Rs 5,000 to Rs 9,928 more than their BS4 counterparts! So what has the brand added to charge such a premium? Well…

The More Affordable Classic 350 Has Been Launched In BS6 Form

After spotting the motorcycle in dealerships, Royal Enfield has silently launched the BS6 version of the Classic 350 single-channel ABS. As we had expected, the motorcycle remains the same as the older version and the price has been increased by more than Rs 10,000!

You know that Bajaj is working on the new Dominar 250. In fact, you might have also heard that it is likely to be launched in a couple of weeks. But we have now brought something new, something exclusive. Select dealerships across the country have started accepting bookings for the baby Dominar! And you’ll be shocked to know the booking amount.

Bajaj is likely to launch a bunch of motorcycles in the coming weeks. In fact, most of them have started reaching dealerships too. The latest one to join this bandwagon is the Avenger 160 BS6, which, as you might have guessed, looks the same as before! Meanwhile, we’ve also come to know that the Avenger 220 BS6, which is likely to be launched soon, will put out the same power and torque figures as its BS4 counterpart.

Honda has made us motorcyclists very happy. Why? Because it has brought the all-new CRF 1100L Africa Twin in India. Now, you can read all the details about its price, rivals, specs over here. However, at the event, Honda also announced that it is aiming at 100 per cent localisation for its premium motorcycle. What does this mean for us? Find out here.