The World’s Smallest Folding Electric Bike Costs More Than An RE 650!

Say hello to the YikeBike, the Guinness record holder for being the smallest folding electric bike in the world 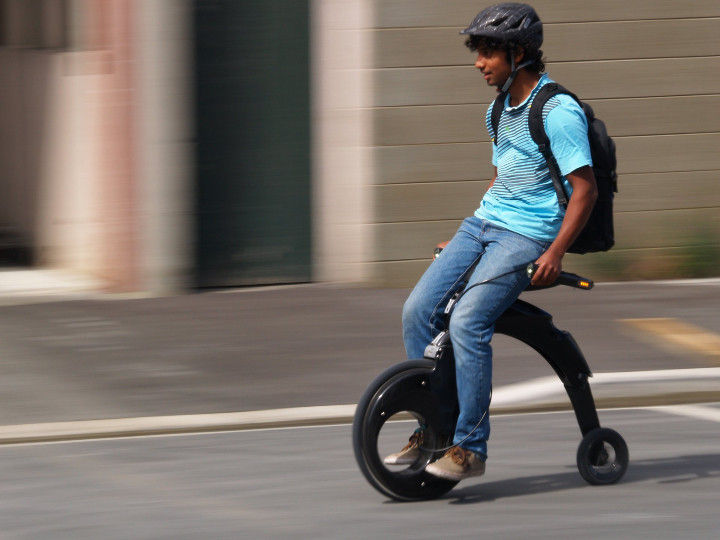 If you think your sub 4-metre sedans and Honda Navis are small, think again. What you’re looking at here is officially the world’s smallest folding electric bike. Made by a manufacturer called YikeBike, this particular model was called the Fusion and it was rolled out way back in 2009. Its record has been unbeaten since.

The Fusion was the brainchild of New Zealander Grant Ryan, and though it might not be around anymore, YikeBike still has a couple of offerings on the market: the base Model V and the premium Model C, neither of which are too much bigger than the original.

The one thing that isn’t tiny about these babies is the price tag, with the Model V starting at an eye-watering $4,996, or around Rs 3.77 lakh. This makes it considerably more expensive than even the priciest Royal Enfield on the market, the Continental GT 650 (Rs 2.80 lakh).

The Fusion weighed just 10kg and folded down to just 15 x 60 x 60 cm. Despite the novelty, the usability of the YikeBikes is limited at best. They require 90 minutes to charge up after which they can cover 15 to 20km, depending on the model. But the maximum permissible weight is 100kg and they can’t climb anything steeper than a 5 degree incline.

Top speed is a modest 23kmph courtesy of a.., wait for it… 0.2kW brushless motor, and there’s no pedals so you can’t go any quicker than that. So despite the Guinness World Record and everything, if we want to look ridiculous while going very slowly, we’ll stick to doing it on a full-sized motorcycle.