The TVS-Norton Deal: Everything You Need To Know

Here are the answers to some of the burning questions from TVS’ takeover of legendary British bike maker, Norton 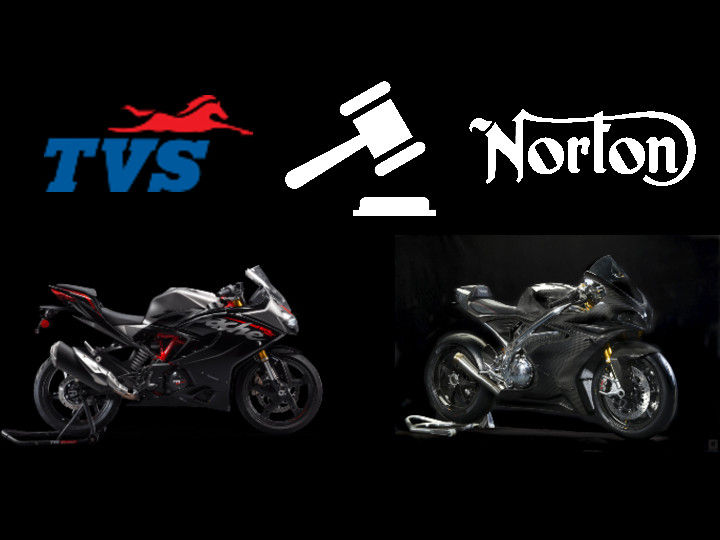 Norton Motorcycles has had a chequered past. The brand has gone from being one of the pioneers in the British biking scene and winning countless Isle Of Man TT races to a series of bankruptcies and failed revival attempts. The most recent one under Stuart Garner ended up blemishing the brand’s heritage. TVS Motors then, has taken up the Herculean task to revive the fortunes of Norton, hoping to once again establish it as a premium bike manufacturer, as it becomes the latest owner of the British marque. We had a tete-a-tete with Sudarshan Venu, TVS’s Joint MD, on what we could expect from the deal. Here are the highlights of that conversation

How will TVS get rid of the negativity left behind by the previous ownership?
To begin with, TVS has bought all of the assets and IPs associated with the Norton brand. There will be a massive restructuring of the Norton brand soon along with new leadership. Currently, ex-Harley Europe boss, John Russell has been appointed as interim head to lead the British brand in the coming future. Russell’s time at Harley-Davidson and knowledge of the developed markets will play a key role in determining the roadmap for the future of Norton.

Sudarshan categorically stated that TVS has only bought into the future of the Norton brand, any past liabilities are not to be associated with the new ownership. That said, TVS will first tackle the existing orders that Norton has taken up, which is around 300 or so undelivered bikes. The company, through its 76 dealers in 21 countries, will fulfil these promises in the coming future. How exactly this will be accomplished will be divulged shortly.

What all assets of Norton does TVS own?
TVS has bought out the brand name, its existing models like the V4 RR, Commando 961 and the Dominator 961 as well as future models. Norton will continue to operate out of its existing Donington Hall facility for the next six months as TVS is looking for a new place to set up shop in the UK. Aside from the previous management, TVS has retained all of the staff at Norton who are responsible for engineering, manufacturing and other areas as well.

With regards to the bikes, TVS has the IPs of the 1200cc V4 engine, the 961cc parallel-twin unit as well as a couple of future models. Just before the company went into administration, Norton had sold off the plans for the 961cc engine to a Chinese company called Jinlang. While Jinlang does have access to the plans, Norton (and TVS) does continue to own the rights to the motor and will be able to use them in their current as well as future models. Hence, the likes of the Commando and the Dominators will continue to exist.

What about the 650cc models like the Atlas and the Superlight showcased last year?
If you remember correctly, it was in 2018 that Norton had struck up a partnership with India’s Kinetic Motors to jointly build the 650cc parallel-twin platform. Norton ultimately ended up building the 650cc motor in China with Zongshen. The Atlas and the Superlight models showcased last year were supposed to go on sale. All that seems a distant reality now. Or does it?

Sudarshan Venu has cited that TVS owns the rights to some of the future models of the Norton brand. This leads us to believe that the Norton 650s are in the works. It’s possible TVS might stick with Zongshen or could even look at building these engines in-house at Norton. However, it will now take a bit longer for them to hit the market than earlier anticipated.

When does Norton come to India and in what capacity? Will it be TVS-Norton? Or will the British brand operate as a separate entity?
TVS’s main aim with Norton is to once again rebuild the legacy that the British bike maker is known for. The aim is to remain a boutique brand catering to the premium segment. TVS does want to scale up production in the future and is working on a new facility that will make that possible. But, it will still try and ensure that the ethos of the brand remains unchanged throughout the process.

India is on the map for Norton but not any time soon. TVS seeks to first cater to the 300 orders and then build its relationship with its loyal customer base through its 76 dealers across the 21 markets Norton already operates in. Norton will continue to operate at arm’s length from TVS, with the Indian brand doing whatever it can to make sure to restore the reputation of Norton as an iconic British bike maker.

The plan is also to meet the Euro 5 emission norms. Whether the EU gives two-wheeler manufacturers an extension or not, Norton will be focusing on getting its existing range ready to meet the new norms.

Does this new deal affect TVS’s existing partnership with BMW in any manner?
No, it doesn’t. The BMW Motorrad-TVS partnership will continue to exist as it has done over the past few years. We should be looking at BS6 G 310 models hitting the market soon enough with the bikes recently spotted doing the rounds abroad.

Will we see small capacity Nortons in the future? Are there plans of any single-cylinder Nortons?
Norton’s image has been that of a premium bike player. TVS wants to make sure that remains intact and hence has no plans of introducing small-capacity bikes (in the 300-400cc segment) like Triumph or Harley-Davidson, even though that was originally part of the talks between Norton and MotoRoyale.

What happens to Norton’s Isle of Man TT and other racing activities? Will we see TVS as such at Isle of Man?
Much like TVS, Norton’s motorcycling legacy is built on winning numerous racing titles, the most prestigious amongst which includes the wins at Isle of Man, the last of which came in 1992 with Steve Hislop. TVS wants to make sure that this pillar of Norton’s legacy continues to live on, plans for which will be shared in the coming future.