The Porsche Cayenne Turbo S E-Hybrid Is More Powerful Than The Lamborghini Urus! 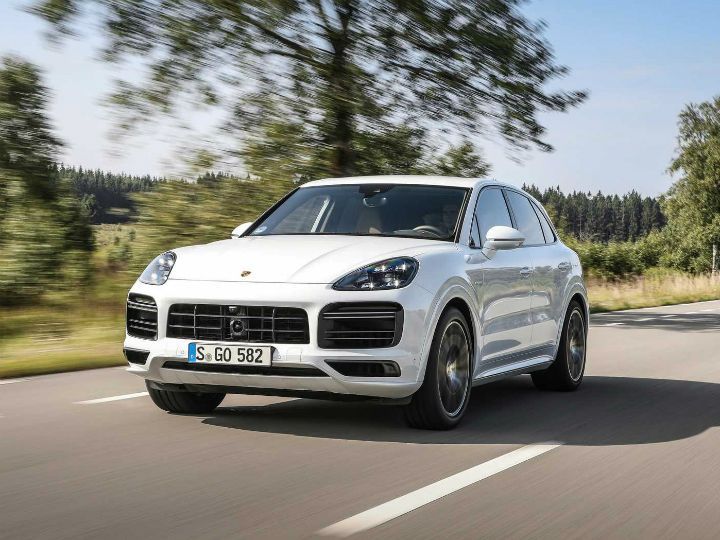 First up is the flagship Turbo S E-Hybrid which produces a whopping 680PS and close to 900Nm of torque from its twin-turbocharged 4.0-litre V8 (550PS) from the Cayenne Turbo coupled with the electric motor (136PS). These figures are harnessed through an 8-speed automatic gearbox. No, it doesn't get the famed PDK like the Panamera Turbo S E-Hybrid. But naught to 100 comes up in 3.8 seconds with a top speed that is limited to 294 kmph.

The Turbo S E-Hybrid is available in the standard Cayenne and Cayenne Coupe body styles. And in true Porsche fashion, it comes with a plethora of kit to make it dynamically poised. Some of them include carbon-ceramic brakes, active anti-roll bars, a torque-vectoring rear end, and the brand’s Sport Chrono package and launch control. Rear-wheel steering and a sports-exhaust are also available as an option if you wish.

A 14.1-kWh lithium-ion battery is deployed to take care of the hybrid duties and it takes less than 2.5 hours to juice up. It comes with various driving modes -- Hybrid Auto, Sport, Sport Plus modes, along with E-Charge and E-Hold settings. The Turbo S E-Hybrid also has an all-electric driving range of up to 40km.

The more-affordable Cayenne Coupe E-Hybrid makes use of a turbocharged 3.0-litre V6 engine good for 335PS coupled with a 134PS electric motor. It uses the same battery pack as its bigger brother and so, is expected to provide more or less the same all-electric driving range of up to 40km. The Coupe E-Hybrid also gets carbon-ceramic brakes, an active anti-roll bar, and other goodies. And if that doesn't cut it for you, you can tick all the boxes and get most of  the performance kit from the Turbo S E-Hybrid.