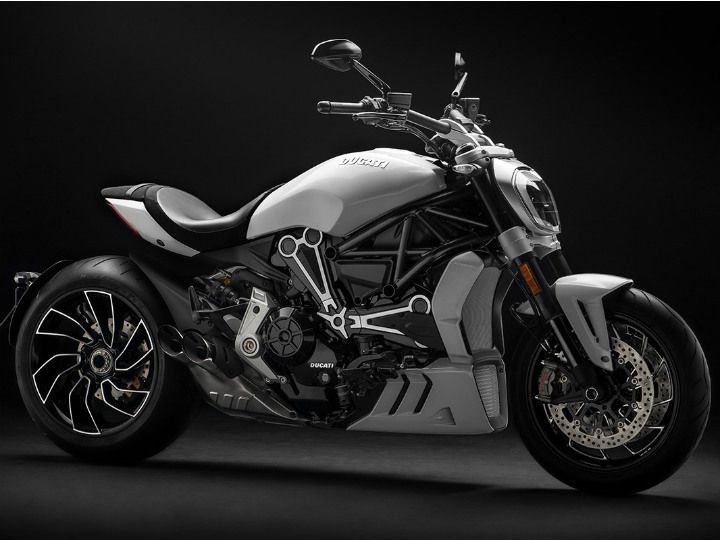 Ducati is all set to unveil the 2018 XDiavel S at the upcoming Faaker See custom bike show in Austria, held between September 5th to 10th. In a breakaway from traditional dark paint schemes, the Diavel will now come with the option of ‘iceberg white’. The new 2018 Diavel range is expected to come with updated suspension that focusses on ride comfort.

Ducati had launched the XDiavel S as a more relaxed touring alternative to the Diavel. The XDiavel S also allows Ducati an entry into the cruiser segment and appeal to those who wanted a cruiser with more power, sophistication, and appeal.

A large part of the XDiavel S’ appeal lies in its powerful 1262cc Testastretta L-Twin which gets Ducati’s Desmodromic Variable Timing. The bike makes 152PS at 9500rpm and 126Nm at 5000rpm. The bike gets top-spec fully adjustable suspension and tyres and rider aids that make it a tourer that can corner as well as a superbike. Goodies include full-LED headlamp and tail lamp, keyless ignition, bluetooth, ride-by-wire, three riding modes, power modes, launch control, cornering ABS and cruise control.

Ducati had launched both the XDiavel and XDiavel S in India last year at Rs 15.87 and 18.47 lakh respectively. We expect the 2018 model to be launched in India in the coming months.