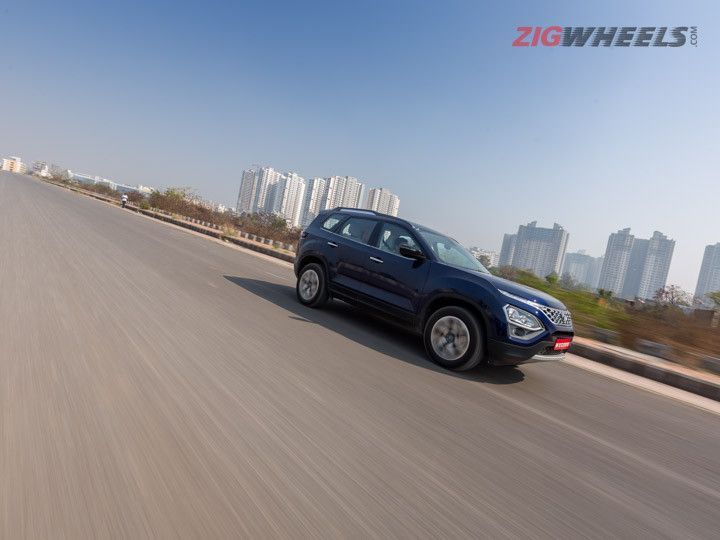 Tata Motors is all set to launch the Safari on February 22. Set to become the carmaker’s principal offering, the Safari is essentially a three-row derivative of the Harrier. It will be underpinned by Land Rover’s D8 platform and be provided with a diesel engine. For the first time, the Safari is being underpinned by a monocoque chassis instead of the body-on-frame architecture. Here are five things you should know:

We’ll let you decide that, but the new Safari is a smart-looking SUV in our books. While the front-end is similar to the Harrier, the Safari gets unique elements like a tri-arrow grille and silver skid plate for distinction. In profile, the 80mm height difference is apparent, while the larger 18-inch alloy wheels definitely lend it a more laddish stance. Even the tailgate is more upright now, thanks to the third row.

What About The Interiors?

Step inside, and the first thing you’ll notice is the dashboard similar to that of the Harrier, albeit in a black-white colour scheme. While it seems posh, maintenance would be a difficult task, considering India’s notoriously dusty roads.

The Safari comes in both six-seater and seven-seater layouts. Third-row occupants get a separate air-conditioning unit and two USB charging ports. Medium-sized adults will find the space decent. That said, the boot space, with all the rows up, is a paltry 73 litres.

The Safari packs the following features over the Harrier:

What Powers The Safari?

The FCA-sourced 2.0-litre diesel engine that develops 170PS of power and 350Nm of torque. But before you get your hopes high, we must mention the new Safari will initially come with a front-wheel drivetrain only. Tata could introduce an all-wheel drive later, depending on the demand.

The good news is that the Safari will be provided with a 6-speed automatic transmission alongside the 6-speed manual.

Tata’s flagship SUV is likely to command a premium of Rs 1 lakh over the Harrier. With that, the Safari could retail from Rs 15 lakh to Rs 21.46 lakh. It will lock horns with the MG Hector Plus and Mahindra XUV500.