The Tata HBX Subcompact SUV Is A Butch Ignis Competitor 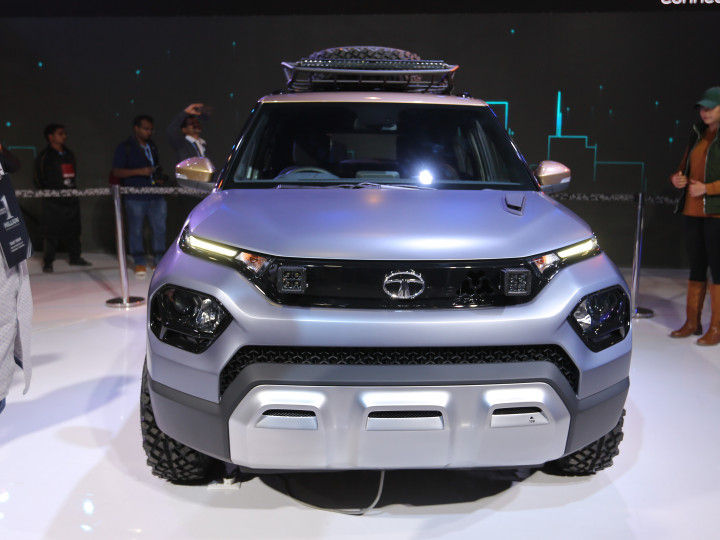 Tata has unveiled the HBX sub-4m SUV at Auto Expo 2020. It will sit under the Nexon sub-4m SUV in Tata’s lineup. The carmaker hasn’t disclosed its launch date as yet, but we expect the HBX to hit the market by the festive season. It is a Maruti Suzuki Ignis rival which is likely to be priced upwards of Rs 5 lakh when launched.

Tata’s compact SUV is 154mm shorter in length than the Nexon. However, it is 11mm wider and stands 28mm taller than its longer sibling. Although the reduced length may result in lower boot capacity, the HBX's boxy shape and added girth and height could give it more room with the seats down.

First unveiled at the 2019 Geneva Motor Show, the HBX shares its ALFA Arc platform with the Altroz. Its front fascia features Tata Harrier and Hyundai Venue-like proportions. A large skid plate occupies the front bumper and LED DRLs flank the oversized upper grille. Like the Nexon, the HBX features a downward-sloping roofline, but its window line isn’t as sharply raked as its slightly longer sibling. This could translate to a larger window area in the production model.

Inside, the SUV features a floating infotainment touchscreen with Android Auto and Apple CarPlay. It also has steering-mounted controls, a multi-information driver’s display, and climate control.

Under the bonnet, the HBX is likely to borrow the Tiago hatchback’s 1.2-litre Revotron petrol engine good for 86PS and 114Nm. Since the 1.05-litre diesel engine has been discontinued in the Tiago, the HBX is not likely to have a diesel variant. A standard 5-speed manual may be complemented by an AMT automatic gearbox option at launch.

The HBX will go up against the Mahindra KUV100 and Maruti Suzuki Ignis. Its butch styling and upright stance could give it the edge against the segment. We expect prices to start at Rs 5 lakh and a launch in late-2020.