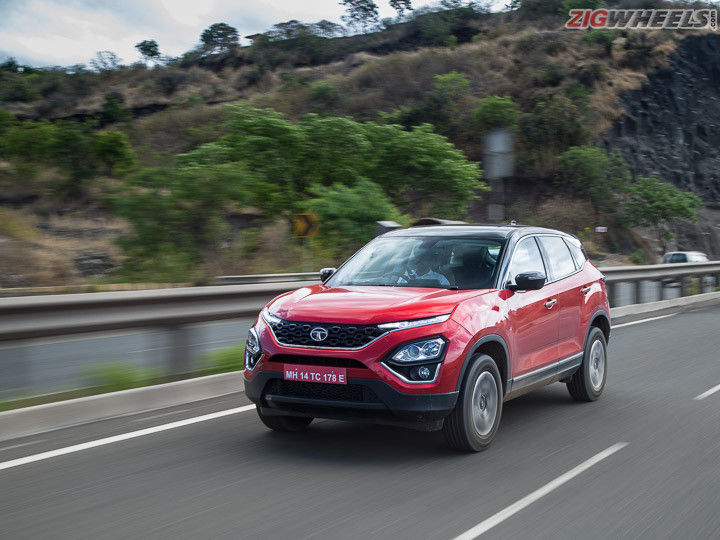 Tata Motors is set to launch the Harrier Camo Edition to cash in on the upcoming festive season sales. We had earlier already reported about it being trademarked and we’ve now got our hands on the Camo Edition’s detailed variant lineup. It’s likely to be launched in the coming days before Diwali.

The Harrier Camo Edition will come in a new green shade that looks similar to the Hexa Safari Edition displayed at Auto Expo 2020. To set the tone, here’s a picture of the Hexa at the Expo:

The green shade isn’t limited to the body but extends all the way to the 17-inch rims. We are yet to see the Harrier Camo Edition’s interior, but it could utilise the Dark Edition’s all-black colour scheme. This will be a cosmetic update so the features list could remain unchanged.

It will continue to utilise the standard model’s 2.0-litre diesel engine developing 170PS of power and 350Nm of torque. A 6-speed manual gearbox and 6-speed torque converter are the transmissions on offer.

Just like the Dark Edition, the Harrier Camo Edition will appeal to those who want a unique-looking Harrier. It will draw in more customers during Diwali, a time when car sales is usually at its peak. The Harrier’s main rivals are the Hyundai Creta, Kia Seltos, MG Hector, and Mahindra XUV500.