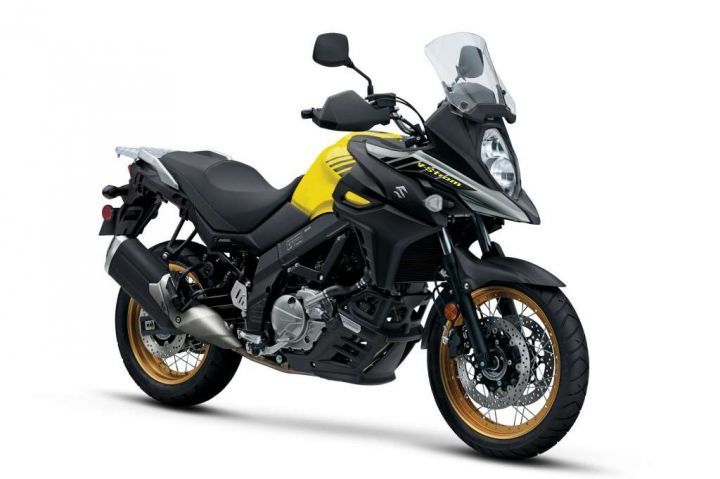 We were quite excited by the sight of the V-Strom 650XT at the Auto Expo and were really keen on its entry into the Indian market. Our sources have now confirmed that the Suzuki V-Strom 650XT will be launched in the country in the coming two months. Happy times for adventure enthusiasts then as the competition in the segment is growing, which means more options to choose from.

The suspension includes 43mm telescopic forks up front with 150mm of travel, while the rear gets a monoshock with adjustable rebound and preload. Braking is managed by ABS equipped 310mm dual discs up front and a 260mm rear disc.

Our sources have also confirmed that the V-Strom 650XT will come via the CKD route, as is the case with the Suzuki GSX-S750 and the Suzuki Hayabusa. So, expect it to be priced in the Rs 6 lakh to 7 lakh range. After launch, it will compete against the Kawasaki Versys 650.