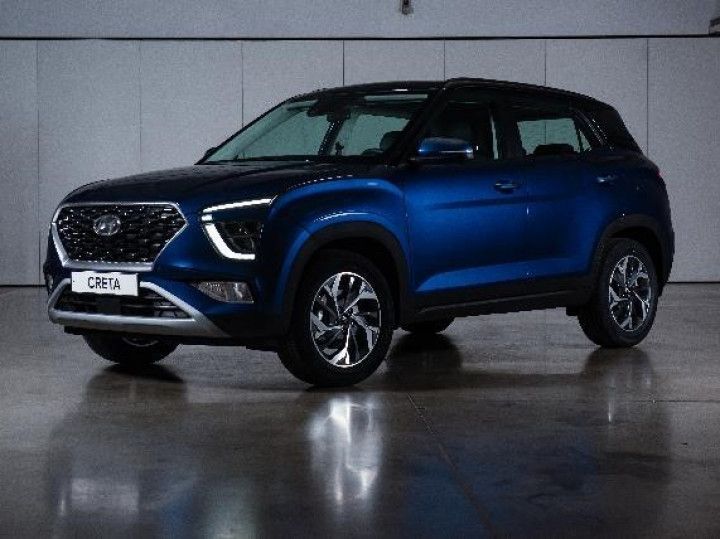 Hyundai has unveiled the second-gen Creta in Russia. The SUV gets engine options, features, and styling in keeping with the demands of the local market there.

While the basic design language is similar to the model sold in India, the Russia-spec Creta sports a slightly smaller and sharper grille. Then there’s the redesigned front bumper featuring sharper creases and a silver skid plate, making the SUV look sleeker than the one here.

The side profile hasn’t been tinkered with. But the restyled boot lid doesn’t have that strip connecting the tail lamps. Instead, you have two LED pilot lamps next to the split-LED tail lamps, which look similar to the India-spec SUV. Overall, we think the design is marginally less polarizing compared to its Indian counterpart.

Inside, the dashboard design is the same as the one here. It is finished in a black-brown colour scheme, similar to the just-launched Alcazar.

Now, to the features. The 10.25-inch infotainment system and Bose audio are optional in the Russia-spec Creta. Standard features include an 8-inch touchscreen infotainment system with Android Auto and Apple CarPlay, connected car tech, climate control, a 7-inch digital instrument display, a panoramic sunroof, heated seats (instead of the cooled seats we have here in India), and drive modes.

Under the hood, the SUV has been provided with a pair of petrol engines: 124PS 1.6-litre and 151PS 2.0-litre naturally aspirated units. Both motors are paired with either a 6-speed manual or an optional 6-speed automatic driving the front or all four wheels, depending on the variant.

It must be noted that the facelifted Creta for India, which could launch by the end of 2022, might not be based on the Russia-spec SUV. Instead, it could be modelled on the Korean version that was spotted not so long ago.