Skoda Vision IN Concept SUV Lights Up In The Latest Teaser!

Skoda India has teased the Vision IN SUV concept in a new video. Set to debut at Auto Expo 2020, the teased vehicle is a concept that will share a lot of elements with its final production form. Its production version will go up against the Kia Seltos, MG Hector, and Hyundai Creta. This will be built on the MQB-A0-IN platform. The latter is the localised version of VW Group’s transverse toolkit MQB-A0 platform. 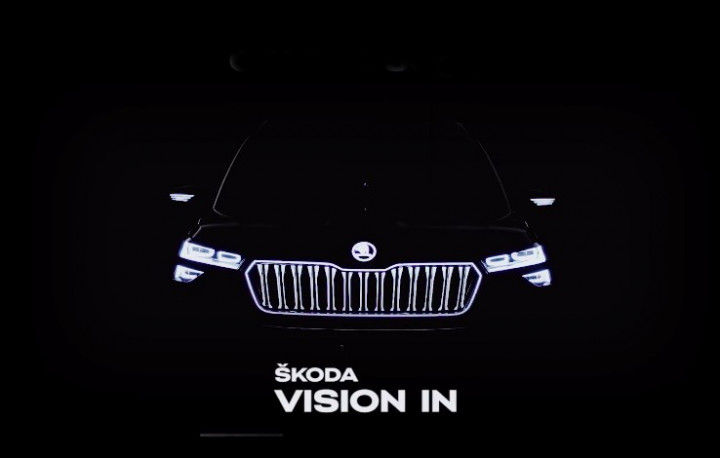 The carmaker had previously showcased the Vision IN’s design in renderings, and you can have a look at them here. A number of design elements were revealed in today’s teaser like the LED headlamps, roof rails, sharp LED tail lamps and a peek into the interiors.

On the outside, the illuminated crystalline elements line the twin-rib grille pattern. The grille we see here is muscular and protrudes out of the casing, an element which we expect the final production version will also sport. There are LED DRLs below the headlamps and the high-mounted fog lamp setup resembles that of the Karoq.

Fewer features are discernable on the inside. There’s the ‘SOS’ button with delicate chrome trim around it. This indicates that the Vision IN could have on-board telematics, making it the first connected Skoda car in India. The steering wheel gets Skoda lettering instead of a Skoda insignia and this is also expected to make it to the production SUV. Behind it stands a large digital instrument cluster, indicating the virtual cockpit and a floating touchscreen display - like the ones seen on newer generation Skoda cars like the new Octavia, which is yet to be launched in the country.

Under the bonnet, you are likely to find either a 1.0-litre or a 1.5-litre TSI petrol engine. We expect the former to develop 115PS and 200Nm and the 1.5-litre TSI engine could make close to 150PS. A 6-speed manual is expected to be the standard transmission while a DSG is likely to be offered as an option.

We expect the Vision IN to be launched in 2021. It will rival SUVs such as the Kia Seltos, Hyundai Creta and the MG Hector once launched. It is likely to be priced between Rs 10 lakh to Rs 15 lakh. If the Euro-spec Kamiq is anything to go by, this could be a cracker of an SUV. 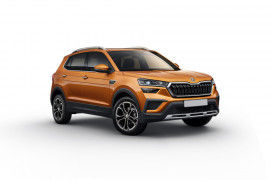