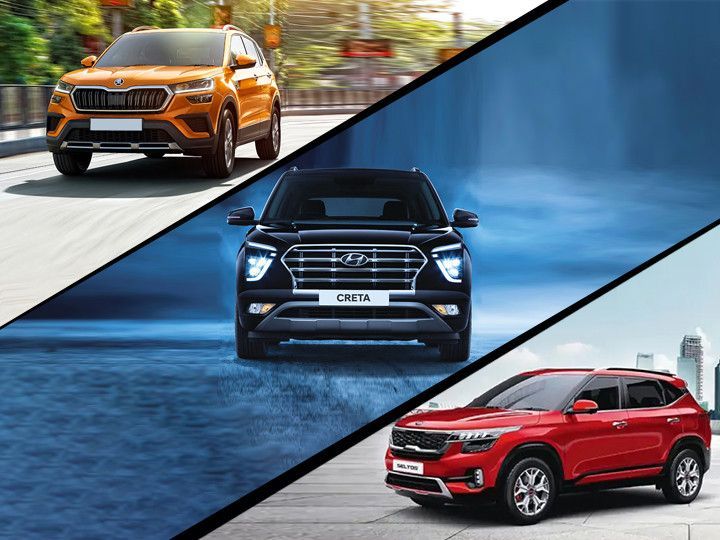 The Skoda Kushaq has been revealed in India, ahead of its mid-2021 launch. It will square off against the Hyundai Creta and Kia Seltos in the compact-SUV segment. So, we decided to pit Skoda’s latest offering against its rivals for a comprehensive on-paper comparison. The similarly priced Nissan Kicks and Renault Duster also come into the equation. Let’s see how the new Kushaq fares:

In terms of exterior dimensions, the Skoda Kushaq is the smallest, but its wheelbase is longer than that of the Seltos and Creta by 41mm. Overall, the Kicks and Duster are the largest models compared to the others. The Duster also has the maximum boot space, while Kushaq has the smallest. The Hyundai Creta and Kia Seltos have a larger boot space (at 433 litres each) than the Kushaq and Kicks, but smaller than that of the Duster.

The Kushaq’s entry-level powertrain is a 1.0-litre three-cylinder turbo-petrol engine. While it is low on displacement, it develops 115 PS (like that of the naturally aspirated unit in the Hyundai Creta) and 175Nm of torque, which is the maximum here. The Duster and Kicks’s 1.5-litre units generate the least power and torque.

All the three engines can be mated to standard manual transmissions. But, if you want an optional automatic, you’ve got to turn to the Skoda, Hyundai, and Kia models. The naturally aspirated Kicks and Duster don’t have an automatic transmission on offer.

*only in Kia Seltos

The Kushaq is also provided with a 1.5-litre turbo-petrol engine. While it isn’t the most powerful, it generates 150PS and 250Nm, only 6PS and 4Nm shy of the Kicks and Duster’s output figures. The Seltos and Creta’s turbo-petrol engines develop the least power and torque.

Except for the Creta, all the turbo-petrol powered SUVs can be had with a manual gearbox. While the Skoda and Kia/Hyundai siblings come with an optional 7-speed dual-clutch automatic, the Kicks and Duster rely on a CVT.

The Kushaq ain’t perfect. It’s the smallest SUV in its segment, and the lack of a diesel engine might put off potential buyers. But, it seems like it does have the chops to pull buyers into Skoda showrooms. If priced sensibly, the subcompact SUV could be the ace up the Czech carmaker’s sleeves.