The production model will be unveiled in March, followed by the launch in May 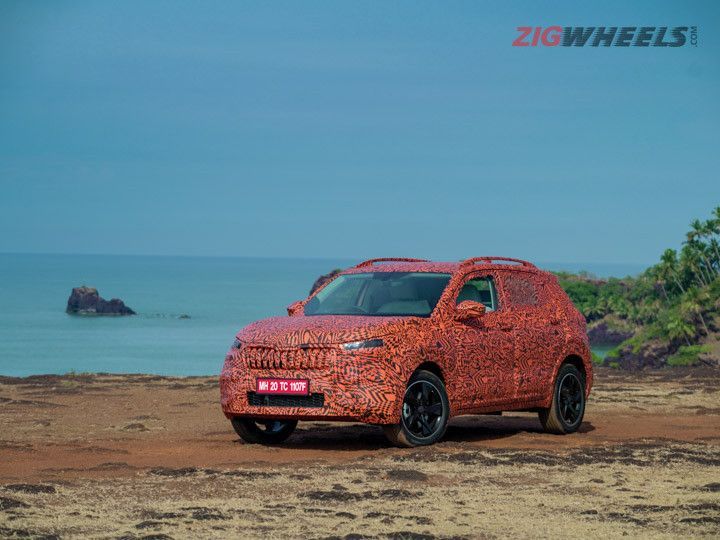 It’s no secret that Skoda is working on a made-for-India Creta rival. The Kushaq is based on the 2020 Vision IN Concept from the Auto Expo. The carmaker has now given us a glimpse of the Kushaq prototype ahead of the production model’s unveiling in March. We also got to drive the prototype, and you can know all about our first impression here.

The Kushaq will be the first Skoda Auto Volkswagen India product based on the localised version of VW Group’s smallest modular platform, the MQB-A0. Dubbed the MQB-A0-IN, it is reported to have up to 95 percent of local material. Skoda is eyeing a mouth watering price tag (more on that later).

Skoda is yet to reveal the Kushaq’s exterior dimensions. Still, it’ll be having a 2,651mm wheelbase, which is not only longer than the Creta and Seltos (2,610mm) but even the Karoq (2,638mm). The longer wheelbase should also translate to a more spacious cabin.

Skoda will offer it with two engines. The mainstream variants will be provided with the 1.0-litre TSI turbo petrol engine, with both 6-speed manual and automatic transmissions. But for those looking for more zing, you’ll be happy to know that it will come with the 1.5-litre TSI turbo petrol engine coupled with a 7-speed dual-clutch automatic transmission and a 6-speed manual. Unfortunately, there won’t be a diesel engine on offer.

Exterior Design - Same As The Vision IN?

If you’re a fan of the Vision IN concept’s design, you’ll be relieved to know that the Kushaq looks similar. While a few bits (like the flared wheel arches) have been toned down, the alloy wheels, which are still prototype-specific, have been downsized from 235/45 R19 to 205/55/R17. But mind you, these aren’t the final specs, and Skoda could offer 18-inch units for a better stance. The rest of the design is quite similar, which is a good thing.

The smart butterfly grille takes centre stage while the LED lighting gives it the much-required bling. We can also notice the character line that flows smoothly on the side. We couldn’t figure out much at the rear, but it should feature the traditional C-shaped tail lamps and the bold Skoda badging from the concept.

Well, you still need to wait a bit if you need to see the Kushaq’s interior, but we expect its design to be similar to that of the Vision IN concept. Both quality and fit-and-finish levels should be typical Skoda -- immaculate.

It will boast the latest features found in its competitors, including connected car tech with over-the-air updates, climate control, a sunroof, and cruise control. Safety will be taken care of by up to six airbags, ABS with EBD, parking sensors, hill hold control, and a tyre pressure monitoring system. Electronic stability control will be offered as standard across the range. Kudos Skoda!

Skoda is reportedly eyeing an aggressive sticker price for the Kushaq, and we expect it to range between Rs 9 lakh and Rs 17 lakh (ex-showroom). Skoda has thrown everything into the mix, and we feel it has all the right elements to send shivers down the Hyundai Creta and Kia Seltos, its closest rivals.

But should you choose the Kushaq over the duo? That’s something we can answer only when it goes on sale in May 2021.