Your Wait For The Skoda Kodiaq TSI Just Got Longer

In place of the 2.0-litre TDI diesel engine, the Kodiaq will now be offered with a more powerful 2.0-litre TSI petrol engine 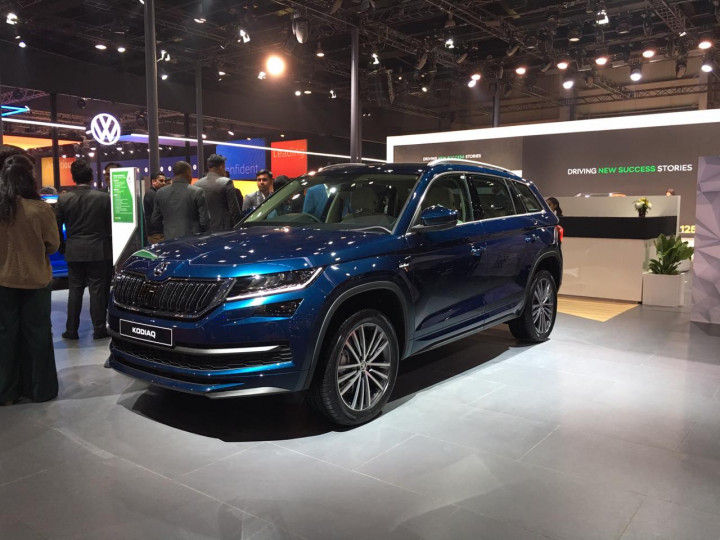 Had your eyes set on the upcoming petrol-powered Skoda Kodiaq TSI? We have grim news as Zac Hollis, Skoda Auto India’s Director of Sales and Marketing, has just tweeted that the launch has been postponed to early 2021.

Skoda’s Kodiaq TSI, which made its India debut at Auto Expo 2020, was expected to reach showrooms by the end of this year. The reason for the deferment is yet to be known, but we suspect it could be the recent nationwide lockdown which caused a major supply chain disruption in the automobile industry.

The main update for the upcoming Kodiaq will be under the hood. It will utilise the 190PS 2.0-litre turbo-petrol engine from the VW Tiguan Allspace which will be the sole powertrain option. It will drive all four wheels via 7-speed dual-clutch transmission. Here’s how the figures of the TSI engine compare against the older TDI diesel engine which has been discontinued:

While the Kodiaq TSI is 20PS more powerful than the older diesel version, it’s slightly less torquey than before.

Apart from the powertrain update, the Kodiaq TSI will remain largely unchanged. No bad thing as the Kodiaq has impressed in its earlier avatar as well. It remains luxurious, comes well equipped and even looks the part. Take a closer look at it right here.

Prices for the petrol-powered Kodiaq are expected to start around the Rs 33-lakh mark, putting it in the ballpark of VW’s Tiguan Allspace and the Toyota Fortuner petrol. Will the petrol Kodiaq have a similar appeal as its older diesel sibling? Let us know in the comments below.