The Skoda Karoq Is Essentially Like A Kodiaq… But Miniaturised 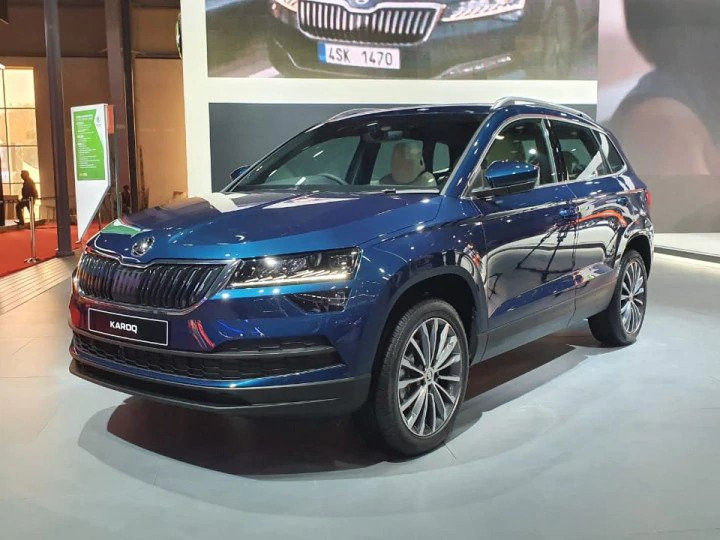 After making its debut at Auto Expo 2020, Skoda India has now officially launched the Karoq SUV at a price tag of Rs 24.99 lakh (ex-showroom, India). The Karoq is Skoda’s candidate in the premium mid-size SUV segment, sitting below the flagship Kodiaq SUV in the carmaker’s lineup. It is offered in a single unit and has been brought to India as a completely built up unit.

Under the hood, the Karoq is powered by a sole 1.5-litre TSI petrol engine. It puts out 150PS of power and 250Nm of torque, coupled with a 7-speed DSG transmission. All this gives the Karoq a 0-100kmph sprint time of 9 seconds and a top speed of 202kmph. The engine also features some technical wizardry, like the active cylinder technology that shuts off two cylinders for better fuel economy during minimal load conditions. Fuel economy is claimed at 16.95 kmpl (WLTP). Don’t expect a diesel Karoq anytime soon as Skoda Auto Volkswagen India plans on going the petrol-only way in the BS6 era.

It is available in six colour options: Candy White, Magnetic Brown, Lava Blue, Magic Black, Brilliant Silver, and Quartz Grey. Considering its price tag, the Skoda Karoq will face stiff competition in the Indian market from the likes of the Jeep Compass and the upcoming Hyundai Tucson facelift.