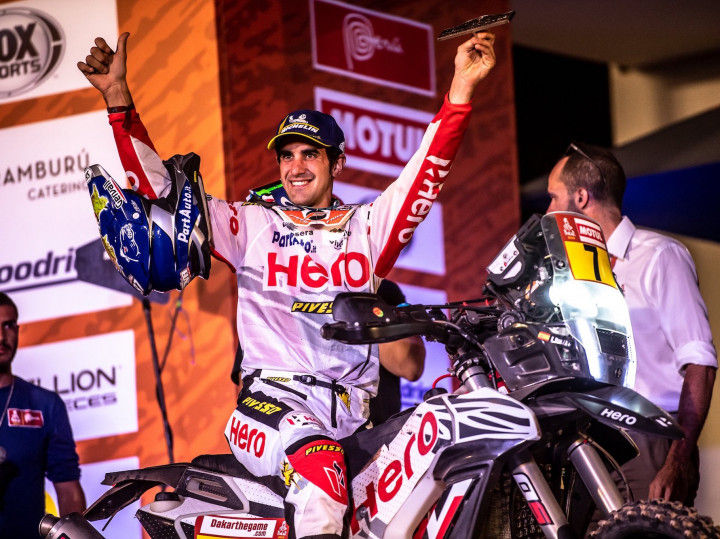 Hero MotoSports Team Rally has been dealt a blow prior to the 2020 Dakar Rally as their best performing rider - since their participation at the rally in 2017 – Oriol Mena has been forced to withdraw from the event.

The team reported that Mena had aggravated one of the existing injuries he had sustained in a testing accident prior to this year’s Morocco Rally in October.

The crash saw the Spaniard suffer injuries to his ribs, scapula, clavicle and arm. After a period of rest, Mena did his best to try and recover in time for the Dakar Rally’s inaugural edition in Saudi Arabia.

This included shockwave and ultrasound treatment to try and get the broken bones to fuse together as quickly as possible. But as it turned out, a period of barely three months was not enough for Mena to be back to full fitness.

The Spaniard will be replaced by Germany’s 25-year-old Sebastian Buhler who finished 20th overall in this year’s Dakar Rally in Peru.

Mena had given Hero MotoSports Team Rally its best ever result at the Dakar Rally in the 2018 event when he finished seventh overall. He followed that up by finishing tenth overall at this year’s event. He had also finished sixth overall at the 5,000km (2,588km of special stages) Silk Way Rally this year.