Australians Have Brought An Alpha To The Electric Bike Fight 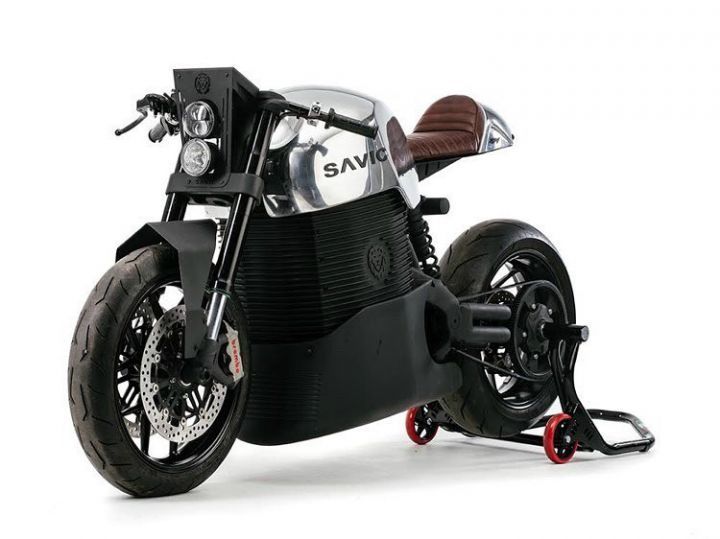 Ever heard of Savic Motorcycles? Well, we don’t blame you if you haven’t. The Australian bike maker was working on its new electric motorcycle for quite some time now without most of us getting so much as a whiff. Now though, Savic has finally revealed the production version of its C-Series electric motorcycle, which is available in three flavours: Alpha, Delta and Omega.

It seems like Savic Motorcycles believes in function over form and so, it has given its maiden electric motorcycle a cool, minimalistic cafe racer look with a slab-like battery pack nestled in the middle. The only fancy equipment it has is the 8-inch digital instrument console and the LED lights… that’s about it. However, we don’t know as yet whether it comes with Bluetooth connectivity or not.

The single-sided swingarm, telescopic fork and monoshock and the carbon belt drive are the same across the variants. And so are the features like riding modes, ABS, traction control, and regenerative braking. So, what’s different between these variants? Well, allow us to explain.

The Omega being the base variant gets the lowest range and the least power. It gets a peak power output of 25kW and 110Nm of torque and is capable of going from 0 to 100kmph in 5.5 seconds (claimed). Being the entry-level variant, it gets the smallest battery as well -- a 7kWh pack, which is good for 120km. Savic also claims that the battery can be charged from 20 to 80 per cent in two hours. Now, the bike maker hasn’t revealed whether this is achieved via a normal charger or a fast charger.

Next up, the Delta. As you’d imagined, it’s the mid-spec variant of the three with a power output of 40kW and 140Nm of torque. With 15kW and 30Nm of extra oomph, the Delta can do the 0-100kmph run in 4.5 seconds. Moreover, its 9kWh battery pack can cover 150km, which is the same as the Ultraviolette F77. But the homegrown electric sportbike looks uber cool and has a tonne of cool features.

Lastly, there’s the Alpha. The top-end variant has a rated power output of 60kW and a whopping 180Nm of torque! And although it weighs a substantial 210kg, it can go from nought to 100kmph in just 3.5 seconds. And oh, it gets a bigger 11kWh battery pack as well, which the company claims can offer a range of 200km. What’s more, the Alpha and Delta variants come equipped with Brembo twin disc brakes and Pirelli Diablo Rosso II tires.