Since a full blown comparison is still some time away, we bring you the next best thing: a comparison based purely on numbers 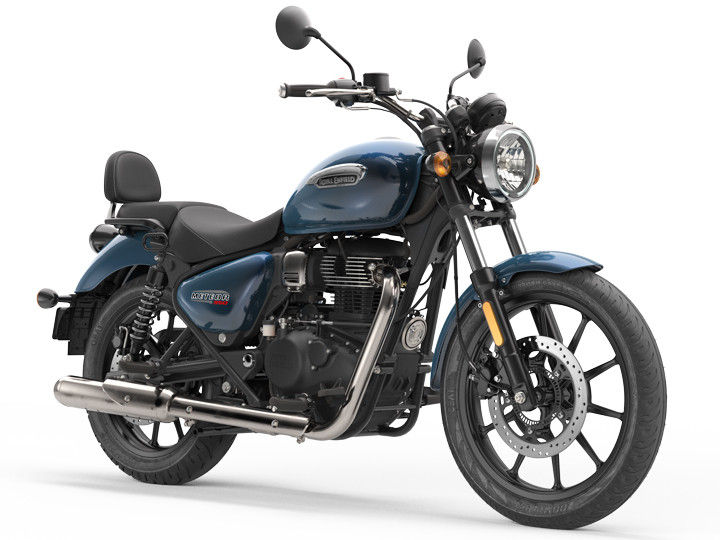 There’s no denying it: when it comes to classic motorcycles in India, the name Royal Enfield Classic 350 absolutely rules the roost. More recently though, the Classic 350’s reign has been challenged by the likes of the Benelli Imperiale 400, the Jawa and the Honda H’ness CB350. Royal Enfield’s answer to this growing competition is the all-new Meteor 350, a replacement for the Thunderbird 350 X built on a completely new and modern platform. So while we will have a full-blown comparison coming up soon, this time let’s see how the new Meteor stacks up against all of these bikes... on paper.

The Jawa is the only bike here using a short-stroke, performance-oriented engine with a 6-speed transmission. Sure it’s fast, but it lacks the retro laidback charm of an under square engine, something we think is crucial for a buyer in this segment.

The CB 350 makes the best of both worlds: it’s not only powerful but also makes most of its torque lower down the rev range. Not to mention, it’s the second lightest bike here after the BS6 Jawa. All bikes here, except the Jawa, run long-stroke motors, with an even spread of torque throughout the rev range -- so they manage just fine with 5-speed transmissions.

While both the CB350 and Meteor sport counterbalanced engines for better refinement, the winner here based on specs alone would have to be the CB350 with its true retro charm and loads of bottom-end torque.

There isn't much that sets these bikes apart in terms of their underpinnings. Except for the Classic, all bikes here are running a double cradle frame or at least a version of it. Same goes for the suspension setup -- the only difference here is the tuning.

Larger front wheels are pretty much a norm on such motorcycles, but the Jawa’s 18-17 wheel combination makes it the most agile of the lot. Simply put, there’s very little between all these bikes when it comes to their underlying hardware.

The Jawa, in contrast, feels distinctly compact and is the lightest in this company, which might appeal to some people. What also works in its favour is an accessible low seat height of 765mm -- same as the Meteor 350.

The Meteor though, offers a larger 15-litre fuel tank, which will keep you on the road a lot longer, just like the CB350. Having said that, it still weighs in at 191kg, which is 19kg and 10kg heavier than the Jawa and CB350 respectively.

Let's face it, modern features aren’t an absolute must on classic motorcycles, but they’re certainly a welcome addition anytime. Sure, the DLX Pro variant of the CB350 is the most feature packed bike here. However, the inclusion of traction control feels a bit gimmicky in our opinion.

The Meteor packs similar connectivity features with a larger digital display that is a lot easier to read at a glance. These features also come standard across the range which means you don’t have to shell out more money, as is the case with the CB350.

To add to this, Honda’s additional Bluetooth connectivity features are pretty much redundant unless you invest in a pair of Bluetooth headphones.

When it comes to the spec sheet, there's no denying that the CB350 comes out on top, with the Meteor a close second. But that notion soon changes when you consider the Meteor's price features list. So when it comes to value proposition, Royal Enfield’s latest offering makes more sense, especially over the previous-gen Thunderbird 350X.

But what about real-world performance and usability differences between the H’ness and the Meteor? Well, you’ll have to be a bit more patient for that, so stay tuned to ZigWheels.