How different are these two off-road machines? Find out in our detailed image gallery 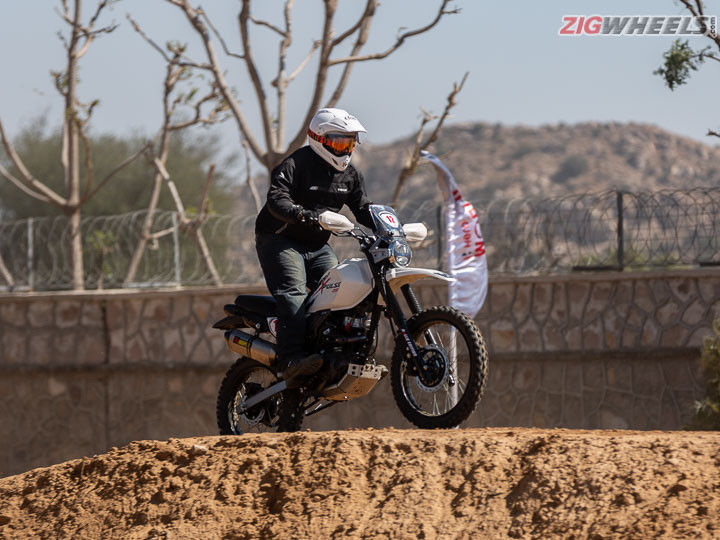 The Royal Enfield Himalayan BS6 and the Hero XPulse 200 are possibly the most talked-about entry-level adventure motorcycles. We recently put the two bikes against each other and to know how they fared, head here. Now, let’s focus on the more hardcore, off-road versions of the two bikes -- the Himalayan FT411 and the Hero XPulse 200 Rally Kit. The souped-up avatars of both motorcycles aren’t road legal. These motorcycles are meant to be ridden hard around a dirt track or off-road. So what better way to compare these two motorcycles other than through some images?

As you can see, both motorcycles are pretty different from each other. While the FT411 is a flat tracker, the XPulse 200 Rally Kit is a hardcore off-roader.

Apart from the off road-spec tyres, can you spot any other differences? Being a flat tracker, the FT411 has no brakes at the front!

While the suspension on the FT411 is identical to the stock bike, Hero has equipped this hardcore version with fully adjustable units at both ends. Moreover, the FT411 doesn’t come with a headlight...

… or an instrument cluster in the interest of saving weight.

The seat on the XPulse looks more comfortable than the rubber sheet on the FT411. But the hardcore version of the XPulse has a seat height of 988mm (with the optional bench seat)!

Hero MotoCorp and Royal Enfield have changed the gearing on both motorcycles, rendering them illegal on public roads.

The FT411 is powered by the same 411cc motor as seen on the road-going version. But we believe Royal Enfield may have tweaked this motor a bit for flat track duties.

The motorcycles that we got to ride at Hero’s test facility featured an oil cooler and the BS6-compliant version of the XPulse is also likely to feature one.

Both motorcycles come with a custom exhaust system for added growl.

You Rally Kit also includes handlebar risers. This should enhance ergonomics while off-roading.

Now, these two off-roaders aren’t just eye candies. You can actually use them! While Hero each part that makes up the Rally Kit individually, the FT411 can be sampled at the Big Rock Dirt Park in Karnataka where Royal Enfield has set up a flat track school. So if you are interested in the sport of flat tracking, then here’s all the information you need.