The luxury carmaker has revealed a new special-edition Wraith, known as the 'Inspired by Film' edition; set to debut at the 2015 New York Auto Show 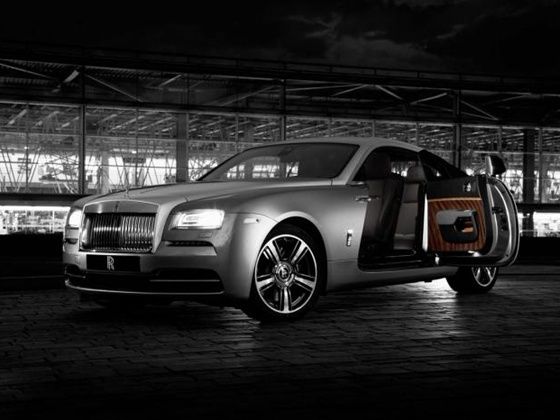 The Rolls-Royce Wraith film ‘And The World Stood Still’ was recently included in the British Film Institute (BFI) archives. To celebrate this inclusion, the luxury carmaker has unveiled a special edition of the wraith called the Rolls-Royce Wraith ‘Inspired by Film’ edition.

As the name suggests, this special edition car takes inspiration from the silver screen theme and features a Silver and Jubilee Silver exterior with a solid silver Spirit of Ecstasy hood ornament.

The interior is draped with Anthracite leather which contrats against Casden Tan accents. The silver scheme is maintained by an aluminum band that flows across the open-pore Macassar Ebony paneling.

As mentioned above, the Rolls-Royce Wraith ‘Inspired by Film’ edition will make its first public debut at the 2015 New York Auto Show.