The premium hatch could feature a flexible seating layout 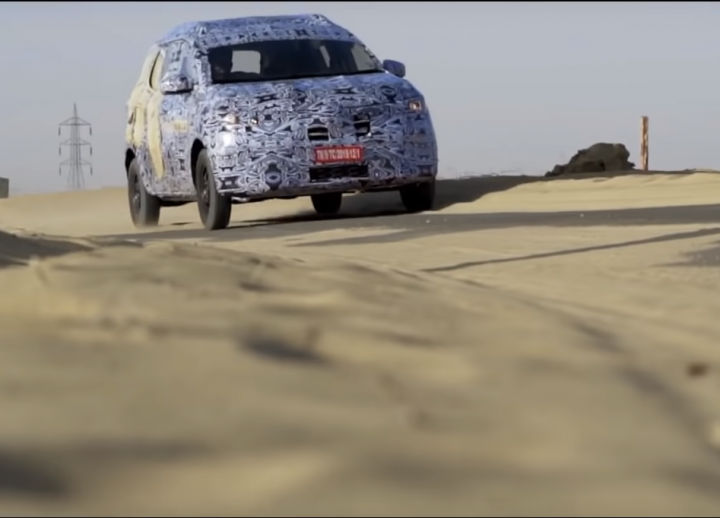 Renault’s upcoming premium hatchback, the Triber, will be unveiled on June 19. Recently, the carmaker released a teaser stating that the Triber will be ‘Super Spacious’ and ‘Ultra Modular’. This gives us the impression that the Triber could be a unique offering in its segment, offering a modular seat layout. According to Renault, the upcoming premium hatchback is based on a new platform.

Thanks to the teaser video, we now know that the Triber will feature a tall-boy stance and will be quite long as well. This suggests that the upcoming Triber could be one of the bigger cars in its segment. We also expect it to boast of best-in-class legroom, headroom and even boot space.

While the interior of the Triber hasn’t been spied yet, we expect the hatchback to be loaded to the brim with features to take on its well established rivals. The expected features includes a touchscreen infotainment with Android Auto and Apple CarPlay, climate control, steering mounted audio controls, a coloured (multi-info display) MID, and more. A lower-spec variant of the Triber was spied recently and it looks like it doesn’t skimp on many features.

Also Read: Renault Triber Teased: Here Is What You Can Expect

When it comes to safety features, the Triber is expected to get dual airbags, ABS with EBD, rear parking sensors, front occupants seatbelt warning and an over-speed alert system as standard.

The Triber will most likely employ the 1.0-litre engine from the Kwid or the 1.2-litre engine from the Micra. The former produces 68PS of power and 91Nm of torque whereas the latter produces 77PS of power and 106Nm of torque. There is also a possibility that Renault will use a turbocharged iteration of the Kwid’s 1.0-litre engine. The Triber has been spied with an AMT gearbox, which could make its way to the final production model. The Triber is likely to be a petrol-only hatchback considering the fact that diesel engines are set to become more expensive post the implementation of BS6 regulations in April 2020.

The Renault Triber is expected to be launched within a few weeks of its unveiling on June 19. It is expected to be priced in the Rs 5 lakh to Rs 7.5 lakh range. However, the Triber won’t have it easy when it hits our roads as it’ll take on the likes of the Maruti Suzuki Baleno, Hyundai Elite i20, Honda Jazz and the upcoming Tata Altroz and Toyota Glanza.