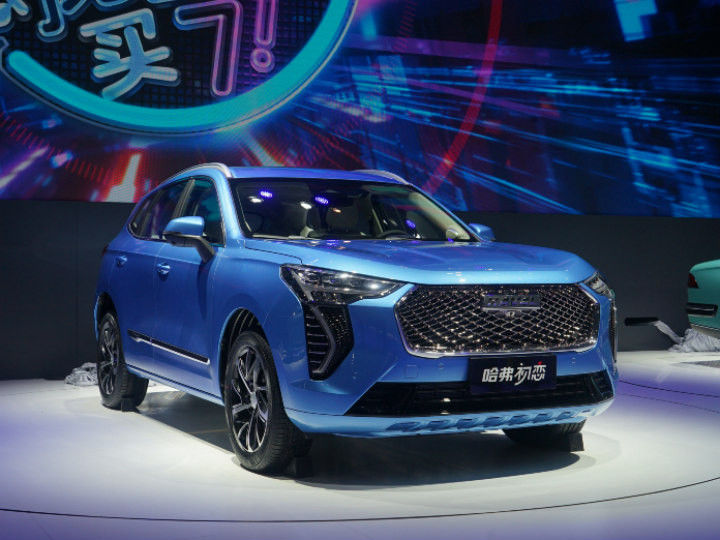 Remember when Great Wall Motors-owned Haval globally revealed the Concept H plug-in hybrid SUV in India at Auto Expo 2020 back in February? Well the SUV has been revealed in its production guise at the Beijing Auto Show (Auto China 2020). Based on the carmaker’s Lemon platform It also has another name, called the Haval First Love. For markets outside China, it is reportedly the next generation H2.

At a glance, the Haval First Love retains plenty of bits from its concept iteration with a large chrome mesh grille, T-shaped LED DRLs as well as the LED taillights. The wheels are different and look smaller than  the ones on the concept. The overall muscular silhouette remains unchanged.

Heading inside, it features a  minimalist dashboard design with a floating touchscreen infotainment system, panoramic sunroof, rotary gear selector as well as a head-up display.  A notable feature in the Haval First Love is what Haval calls, ‘emotion recognition’. This system uses sensors arranged in the car, to perform face recognition, voiceprint recognition, expression recognition, fatigue monitoring, and more.

Haval has yet to reveal the powertrain specifications of the First Love, but it is likely to be shared with other Haval and MG SUVs. The likely option may be a 1.5-litre turbocharged petrol from the F7 which makes 150PS of power and 280Nm of torque, paired with either a 6-speed manual or 7-speed DCT gearbox options. Also since the concept is a plug-in-hybrid, expect a hybrid option alongside the 1.5-litre turbo-petrol engine.

Back home, Great Wall Motors Indian innings was slated to kick off in 2021. But those plans might get delayed as the Maharashtra government has freezed the investment of Great Wall Motors due to the ongoing crisis at India and China’s Line of Actual Control (LAC). That said, we expect the series production Concept H to enter the Indian market in a couple of years.. Expect prices to retail from Rs 10 lakh (ex-showroom) with rivals like the Kia Seltos, and the Hyundai Creta, and the upcoming Volkswagen Taigun and production-spec Skoda Vision IN.