Prepare For A Bigger Roar With The Leoncino 800

A production-ready version of the bike was shown in China 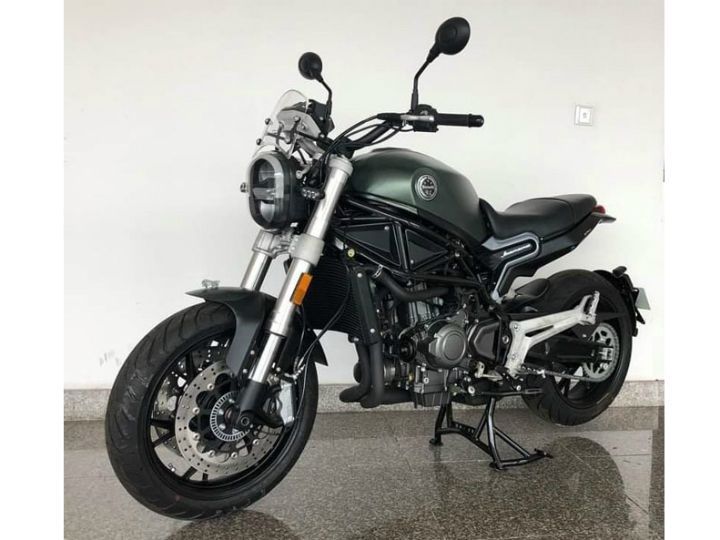 Benelli is planning to expand its 754cc engine platform as the production-ready version of the Leoncino 800 was shown in China. The bike looks very much like the concept shown at last year’s EICMA with minor modifications made to the final model.

Also Read: Benelli To Ride The Leoncino 250 Into India After The Imperiale 400

The styling remains fairly similar to the neo-retro urban scrambler design found on the Leoncino 500. The headlight is a bit oval, there is a small wind deflector and there are even lesser panels on this bike than the smaller 500. The ‘Lion of Pesaro’ ornament on the front fender is unmissable!

Nestled in a tubular steel trellis frame is the same 754cc parallel-twin engine that is also found on the 752S naked motorcycle. While the latter has not made its India debut as yet, we expect that the 754cc engine platform will be brought to the country next year. Currently, the engine makes 76.8PS and 67Nm on the 752S. However, with BS6 and Euro 5 emission norms kicking in, expect these outputs to change. In fact, this 754cc engine might just be uprated to make more power to offset the increase in weight that arises to meet the new emission norms. Perhaps that is the reason why Benelli is naming this bike the Leoncino 800 and not Leoncino 752.

Another change from the concept to the production bike is the use of alloy wheels. The spoke rims from the concept motorcycle might just be reserved for a ‘Trail’ version of the bike in the future. The USD fork do not seem to be provided by fellow Italian brand, Marzocchi, but much rather sourced in-house. Braking hardware will be provided by Brembo with twin four-piston radial calipers chomping down on 320mm rotors while a single piston caliper is used on the rear wheel. Dual-channel ABS comes as standard.

As previously mentioned, this Leoncino will be shown at EICMA 2019 with an India arrival on the cards somewhere around mid-2020. Expect competitive pricing from Benelli as it might be around the same price as the Triumph Street Twin and the Ducati Scrambler Icon. Hence, one should likely be able to get this bike at Rs 7.5 lakh - Rs 8 lakh (ex-showroom India).