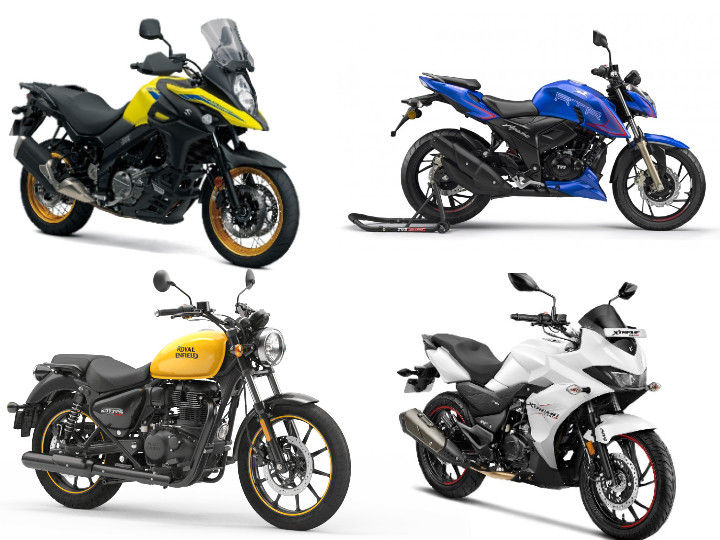 There were pleasant surprises to look forward to this month with a handful of new products entering the Indian two-wheeler space. The Royal Enfield Meteor 350 has to be the most prolific launch amongst them all, though, but there were several other interesting bikes too.

Royal Enfield Meteor 350
The latest in line of Royal Enfield single-cylinder thumpers is finally here as the Meteor 350 burst on to the scene this month. Powered by the new J-series engine, the Meteor 350 is the replacement for the Thunderbird series and quite a promising package for those seeking a cruiser from team RE.

KTM 250 Adventure
The baby adventure motorcycle has been on our radar for quite some time now, being snapped every now and then during its testing phase. In quite a blur, KTM first shipped off a few units of the 250 Adventure to dealers and immediately launched the bike thereafter. We learnt a few interesting details about the bike when we got up close and personal with it, which you can check out in our image gallery here.

TVS Apache RTR 200 4V Updated
To commemorate the achievement of selling 4 million Apaches, TVS gave the Apache RTR 200 4V a mid-life update of sorts. The bike makes slightly more power, gets riding modes, and a preload-adjustable front suspension. And the premium is hardly anything. Here’s what’s new on the new Apache 200.

Hero Xtreme 200S BS6
Hero’s full faired motorcycle has received its set of BS6 updates, almost half a year after the new norms came into effect. The Xtreme 200S gets the same engine updates as the XPulse 200 BS6 and a white colour option, similar to the one found on the Xtreme 160R.

Ducati Multistrada 950 S
After a slow start to its BS6 proceedings, we expect Ducati to bring in a flurry of new models every single month from now until mid-2021. This month, it was the baby Multistrada in the more advanced ‘S’ trim. Even though it carries an extremely premium price tag, the Multistrada 950 S makes a solid case for itself as a road-focused adventure tourer.

Special Colour Editions Of Honda Two-wheelers
Honda has launched a few special edition versions of its two-wheelers this month. It initially launched the Hornet 2.0 and the Dio in the same factory Repsol HRC colours that were used on the 2020 RC213V bike. Just recently though, the Activa 6G 20 Year Anniversary Edition colours were released, one of which was quite appealing to mature buyers.