It looks bold with some pretty aggressive design elements 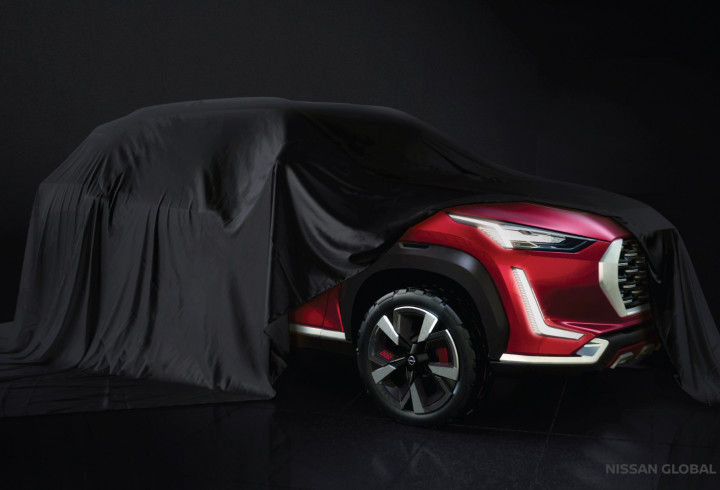 Nissan has yet again released teaser images of its upcoming sub 4-metre SUV that’s likely to be called Magnite. And while you must have had a glimpse of it in previous teasers, the latest images offer a more accurate perspective of its design. Moreover, the veils of this much anticipated SUV will be lifted on July 16. The launch has been delayed due to the pandemic and the Magnite is now scheduled to go on sale in the second half of financial year 2020-21.

The upcoming Nissan SUV looks bold, to say the least. There’s a hint of Datsun like the large single-piece front grille and the ‘L’ shaped LED DRLs. That said, the sharp LED headlamps, butch body cladding and the front skid plates give it an SUV-esque look. In profile, the sub-4 metre SUV has a crossover vibe to it while the rear-end comes with split wraparound tail lamps with LED elements in them.

Nissan is yet to reveal the upcoming SUV’s interior. However, expect it to come loaded with features to take on its well established rivals. It could feature a large touchscreen infotainment system with Android Auto and Apple CarPlay, connected car suite, climate control, cruise control, a sunroof, a 360-degree camera as well as a digital instrument cluster. On the safety front, it could come with at least 4 airbags, ABS with EBD, electronic stability control and rear parking sensors.

Nissan’s upcoming sub-4 metre SUV could share its powertrain options with the upcoming Renault HBC (Kiger). One can expect the Triber’s 72PS 1.0-litre naturally aspirated engine and a new 1.0-litre turbo-petrol unit that could develop around 100PS. While both engines are expected to be offered with a manual gearbox as standard, the turbo-petrol engine could get a CVT.

Nissan is betting big on the upcoming sub-4 metre SUV as it could turn the fortunes around for the brand in India. Expect a competitive price tag that could start from around Rs 5.5 lakh (ex-showroom). When launched, it will rival the Tata Nexon, Ford EcoSport, Maruti Vitara Brezza, Hyundai Venue and the Mahindra XUV300.