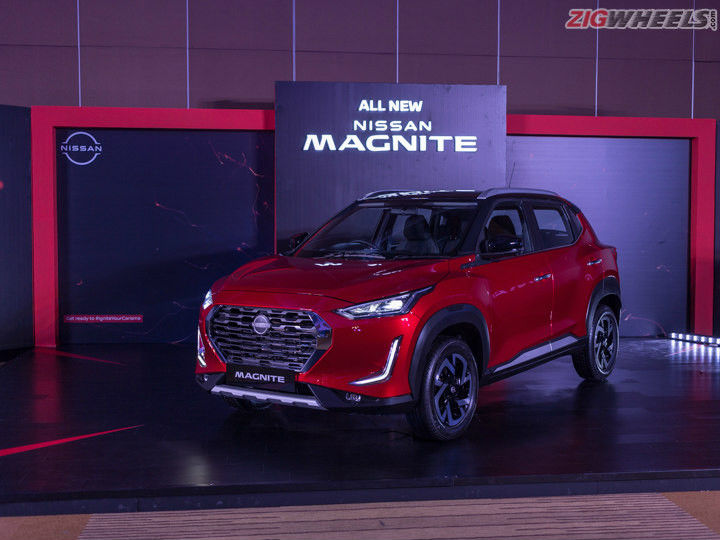 Nissan India has revealed the detailed variants and trim-wise select features of its upcoming sub-4 metre SUV, the Magnite. It has confirmed that the Magnite will be offered with two 1.0-litre petrol engines. Series production has commenced at its Oragadam facility in Chennai ahead of its early-2021 launch.

The naturally aspirated petrol engine will be offered in the first four variants while the turbo-petrol unit will come in all variants apart from the base. The optional Tech Pack, which comes with additional goodies such as a wireless phone charger, air purifier, JBL sound system and ambient lighting, will be limited to the top three trims.

The Magnite comes with a super lengthy feature list and Nissan has now revealed the variant-wise highlights. All variants come with dual airbags, ABS with EBD and rear parking sensors as standard.

Starting with the base-spec variant, it comes with:

Moving a step up, the Magnite XL features:

The XV variant comes with bells and whistles such as:

The top-spec XV Premium goes all out with equipment such as:

Note: Nissan is yet to announce the features of the Magnite XV Premium (O).

Considering Nissan has commenced production, we expect the Magnite to come sooner than later. Prices are likely to be revealed by January. The Magnite could be the most affordable sub-4 metre SUV, with a possible starting price of Rs 5.5 lakh (ex-showroom). Pre-launch bookings are expected to commence in the coming weeks.