The Magnite has a lot riding on its shoulders and could revive the Nissan brand in India, provided it’s priced competitively 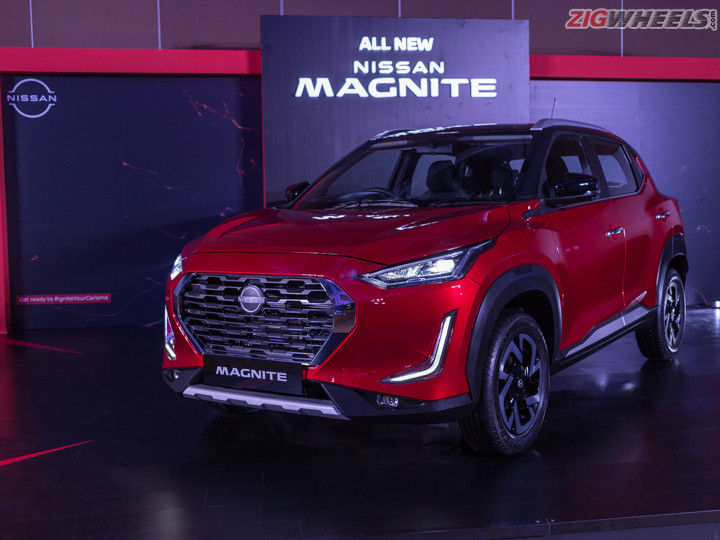 This is the Nissan Magnite: a do or die model for Nissan in India. It sits in the hotly contested sub-4 metre SUV segment and takes on biggies such as the Kia Sonet, Hyundai Venue, Tata Nexon, and Maruti Suzuki Vitara Brezza. The Magnite has a lot riding on its shoulders, but does it make a strong case for you to consider the Nissan over its well-established rivals?

Our first impressions are rather positive. Nissan has gone all out to ensure the Magnite catches your fancy at the very first glance. It’s loaded with features, looks attractive, and offers a turbo-petrol engine for some zing. But the highlight, without a doubt, has to be its design.

Most of the concept’s design elements have been retained in the production model. Sure, the front-end might remind you of the Datsun redi-GO, but it works in its favour and is, in fact, its main head-turning element. The L-shaped fog lamps and large single-piece grille look bold and with the addition of full-frontal LED lighting, the Magnite is sure to receive a thumbs up, especially at night.

Its profile takes a simple approach with no fancy creases. The butch wheel arches, which are nicely filled out by 16-inch dual-tone alloy wheels, remind you it’s an SUV. Even the split incandescent tail lamps look similar to the concept, but the story doesn’t end here.

Open the door and you’ll be pleasantly surprised with the dashboard which looks similar to the design sketches. It’s a pretty straightforward design with a few funky bits such as the Lamborghini-inspired hexagonal AC vents. The central console’s layout is also reminiscent of another car, the Renault Triber, but like Renault’s MPV, it isn’t basic.

Nissan has loaded the Magnite with a ton of features and that could be its biggest selling point. For instance, the 8-inch touchscreen infotainment system comes with wireless Apple CarPlay and Android Auto, a segment-first feature seen in BMWs! Other highlights include automatic climate control, a wireless phone charger, connected car tech, a 7-inch colour digital instrument cluster, cruise control, and keyless entry with push-button start. Safety is covered by dual airbags, ABS with EBD, rear parking sensors, a first-in-class 360-degree camera, and electronic stability control.

The Magnite, however, skimps on a few important features. So you don’t get side and curtain airbags or even a sunroof, a major omission considering almost all of its rivals offer one.

Thankfully, no compromises have been made in the powertrain department. The Magnite will come with a new 1.0-litre turbo-petrol engine with both manual and CVT automatic transmission options. Specifications are yet to be revealed but we expect this engine to develop around 100PS and 160Nm. Lower-spec variants are likely to be offered with the Triber’s 72PS 1.0-litre naturally aspirated petrol engine.

Nissan has thrown everything at the Magnite and it could very well revive the brand’s fortunes in the country when it goes on sale in January 2021. However, its pricing will be a key factor and we hope Nissan gets it right this time around. It should be priced below its rivals to make a strong case for itself. We expect the base-spec variant to start from Rs 5.5 lakh and the top-spec model around the Rs 10 lakh mark (ex-showroom).

It will rival the Kia Sonet, Tata Nexon, Hyundai Venue, Maruti Suzuki Vitara Brezza, Ford EcoSport, Mahindra XUV300, Toyota Urban Cruiser, and the upcoming Renault Kiger. What do you think about the Nissan Magnite? Let us know in the comments below.