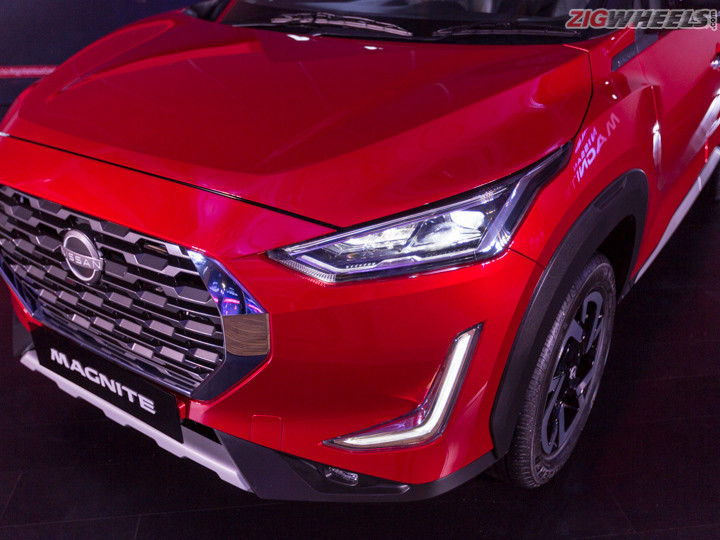 The production-spec Nissan Magnite has been globally revealed ahead of its early-2021 launch. While the manufacturer is yet to disclose the variants and technical details, we’ve got our hands on the Magnite’s colour options comprising three dual-tone and five monotone shades. Take a look at each of them below:

Flare Garnet Red: Pick it up in this monotone colour if you don’t want the black roof.

Sandstone Brown: The Magnite looks elegant in this colour.

Vivid Blue/Storm White: You’ll have to live with the white roof if you want the Blue Magnite.

Storm White: A no-nonsense option in our books.

The Magnite could turn around Nissan’s fortunes in India. Its USP is its super-lengthy feature list with first-in-class equipment including wireless Android Auto and Apple CarPlay, a 360-degree camera, and a 7-inch TFT-coloured digital instrument display. Other features include automatic climate control, an 8-inch touchscreen infotainment system, cruise control, steering-mounted audio controls, and keyless entry with push-button start. Nissan is also offering an optional tech pack which adds bits like a wireless phone charger, a JBL sound system, an air purifier and ambient lighting.

The Nissan Magnite is likely to be priced between Rs 5.5 lakh and Rs 10 lakh (ex-showroom). It will fight it out with the Kia Sonet, Tata Nexon, Ford EcoSport, Hyundai Venue, Maruti Suzuki Vitara Brezza, Mahindra XUV300 and Toyota Urban Cruiser.