Nissan India Begins Exports Of The Magnite To Three Countries 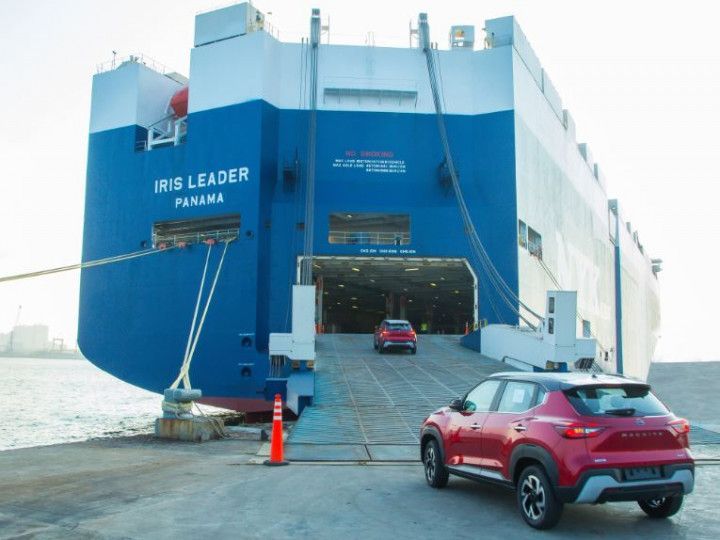 Nissan India has commenced exports of the Magnite to Nepal, South Africa, and Indonesia. In fact, in Nepal, the sub-4 metre SUV racked up more than 760 bookings within a month of its launch in February 2021.

Commenting on the latest development, Nissan India President Sinan Ozkok said, “The all-new Nissan Magnite has been very well received by the Indian consumers. It will explore more export markets after the overwhelming customer response it has received in the Nepal market.”

As of May 2021, Nissan India has produced 15,010 units of the SUV, of which 1,220 units have been earmarked for exports. The Magnite has already booked more than 50,000 units in India since its launch, with a waiting period going up to eight months. To cater to the demand and bring down the waiting time, the Japanese carmaker has had to add an extra production shift.

The Magnite is currently priced from Rs 5.59 lakh (ex-showroom), making it one of the most affordable sub-4 metre SUVs in the country. It’s provided with two 1.0-litre petrol engines: a 72PS naturally aspirated and a 100PS turbocharged. It is available in as many as 16 trims.

To know more about what we think of the SUV, read our first drive review. The Magnite locks horns with the Renault Kiger, Kia Sonet, Hyundai Venue, Ford EcoSport, and the Maruti Suzuki Vitara Brezza.