The Godzilla, into the 10th year of its being, churns out a mindboggling 570PS of max power and 633Nm of peak torque 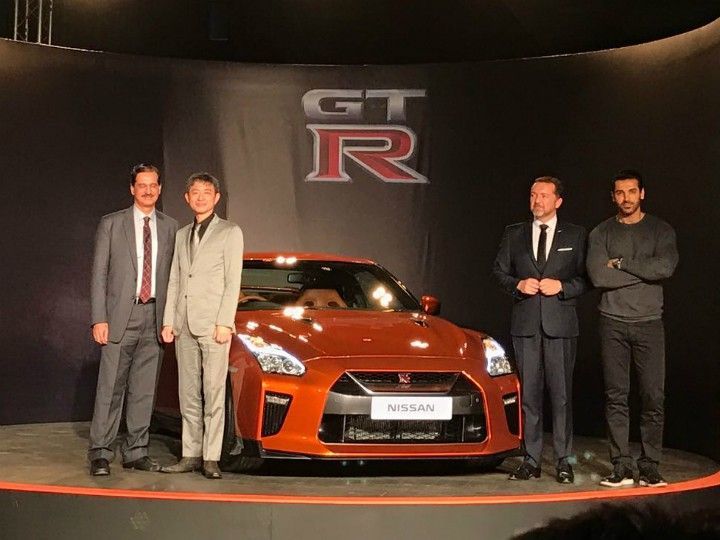 It was a long time coming but the Nissan GT-R finally arrived in India on Friday. Launched at a sparkling do in the presence of Bollywood actor John Abraham in Mumbai, the beast-from-the-East broke cover with a price tag of Rs 1.99 crore (ex-showroom, Delhi). The car will be imported as a completely built unit (CBU) and will be one of the most powerful machines in the country.

Showcased at the 2016 Auto Expo in Delhi earlier this year, the main talking point on the supercar-shamer remains the 3.8-litre twin turbo mill under its hood. When mated to a rear-mounted 6-speed, dual-clutch transmission, it transmits a ridiculous 570PS of max power to all four wheels, with 637Nm of peak torque on offer in addition. In this configuration, the powertrain, coupled with Nissan's ATTESA E-TS all-wheel drive system, is able to catapult the Godzilla to a speed of 100kmph within a meagre 3 seconds.

Having been around for a decade now, the GT-R’s 2017 avatar has also received some cosmetic updates that include a re-sculpted hood, new bumper design, V-motion grille, updated headlamp units and a silver-finish diffuser, with air vents on either side. The aerodynamics on the Godzilla have also been enhanced by the use of added aluminium on the exteriors.

On the inside, the 2017 Nissan GT-R now comes with more comfortable seats, a leather wrapped steering wheel, a new central console with an 8-inch infotainment system that displays all key parameters like coolant temperature, engine oil temperature, engine oil pressure and turbocharger boost pressure, apart from the usual audio, calls and navigation.

The car was supposed to be launched in India last month but the Japanese carmaker revised its plans at the eleventh hour, with reports claiming a lack of after-sales infrastructure as the main reason behind the postponement. But the wait is over now and the likes of the Audi RS7, Mercedes-Benz AMG GT and the Maserati GranTurismo, among other supercars in the country, will now be on their toes.