It’s still blisteringly fast, though. In fact, it is faster than the 991-gen Turbo S 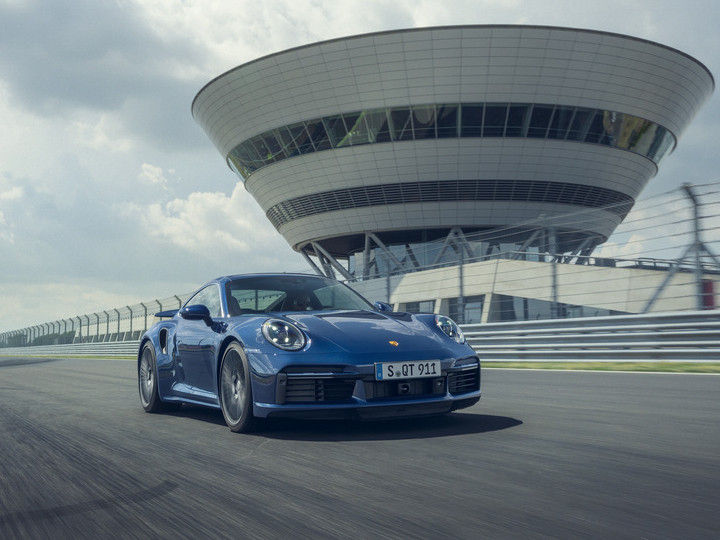 The 992 Porsche 911, the ultimate everyday supercar, has just received a new variant. Say hello to the 2021 Porsche 911 Turbo which sits bang in between the Turbo S and the standard Carrera. Is this the perfect 911 for your daily chores? Let’s find out.

This version of the 911 is powered by the familiar 3.8-litre twin-turbocharged flat-six engine that still develops a gut-wrenching 572PS and 750Nm of punch. Yes, it’s not as powerful as the Turbo S which puts out 78PS more at 650PS. But you’ll be happy to know it develops 32PS more than its predecessor. The 911 Turbo is also mighty quick, with a 0-100kmph time of just 2.7 seconds (cabriolet: 2.8 seconds). That said, an all-wheel drive system is present to ensure that all that power is put down responsibly.

Though not as powerful as the Turbo S, the 911 Turbo is still mighty quick and has similar hardware as its bigger brother!

You’ll also be happy to know that it gets the same chassis and handling setup as the bigger 911 Turbo S. It is equipped with wider and stickier rubber and Porsche’s adaptive suspension system. That means you can put the 911 in comfort mode while making a quick dash to your local supermarket or flip it to sport and fling it around your favourite twisties. The choice is all yours. The addition of a rear-wheel steering system should help you slice through traffic like a maniac. Just kidding! Porsche also states that the steering rack is now quicker while it runs on larger brakes for added stopping power. These upgrades, Porsche says, have trickled down from its performance oriented Turbo S!

What’s also trickled down from the current flagship of the 911 range, the Turbo S, is the design. Yes, it still looks like a classic 911 but the Turbo is now wider than before, giving it a more planted stance. We also like the large 20-inch wheels as well as those immaculately finished quad-exhaust tips.

Even the interior remains unchanged from the standard 911, which is no bad thing. It’s extremely driver focussed, especially the instrument cluster that retains its tacho in the centre, flanked by digital screens. Other features include 14-way Sport seats, a Sport Chrono package for added performance as well as a Bose sound system.

Porsche says it will offer the Turbo with a plethora of customisation options including a lightweight package which shaves off 30 kilos by deleting the rear seats and reducing the amount of sound deadening material.

Feature-loaded and powerful, the Porsche 911 Turbo promises to be a hoot. Prices start from $170,800 (Rs 1.28 crore) in the US, so expect it to cost upwards of Rs 2.50 crore when it comes to India. This would put itbang in between the Turbo S (Rs 3.08 crore) and Carrera S Cabriolet (Rs 1.99 crore). Expect dealers to take orders for this one soon!