As the name suggests, this variant is for those who want to arrive with a bang 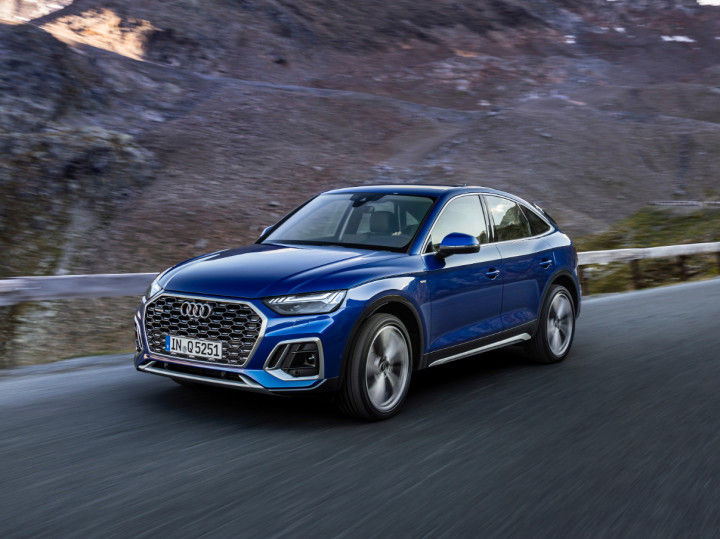 The recently unveiled facelifted Audi Q5 has already got us drooling with its impressive new OLED lights technology. However, if you want something more flamboyant, you may want to consider the new Audi Q5 Sportback.

The facelifted Audi Q5 is the third SUV from the manufacturer’s lineup to receive the Sportback treatment after the Q3 and e-tron. As the name suggests, the Q5 Sportback is the sexier SUV-coupe version of the standard model. It’s the model to pick in the Q5 range if you’re looking to stand out. The front-half is virtually similar to the second-gen facelifted Q5.

It’s from the B-pillar that the roof starts to slope down and flows cleanly to the boot. Naturally, the boot is also redesigned with a sharp kink resembling the original Audi Quattro. Rounding it all off are the fantastic OLED lights which have been retained here.

Not much has changed on the inside when compared to the vanilla version of the Q5. The design language is of older Audi’s with a floating infotainment display and physical buttons for the air-con controls. Not complaining, but a swivel wheel for the infotainment system would have made life easier as the touch-based unit needs getting used to while on the move. That said, Audi’s virtual cockpit digital instrumentation is one of the best in the business.

The Q5 Sportback will be initially offered with 2.0-litre diesel and turbo-petrol engines developing an identical 204PS of power. Naturally, this being an Audi, power is channelled to all four wheels via Audi’s quattro all-wheel-drive system and you can have it with a 7-speed dual-clutch automatic gearbox. A more powerful SQ5 with a 347PS diesel engine cleaner hybrid will join the lineup in the coming months.

But will the new Audi Q5 Sportback come to India? Chances seem bleak at the moment, though Audi will be launching the facelifted Q5 early next year. It will be offered with a petrol engine only and will take on the likes of Mercedes’ GLC and BMW’s X3. Expect prices for Audi’s upcoming SUV to start in the range of Rs 55 lakh (ex-showroom).