Happy 94th Birthday, Ducati! These Are Our Favourite Ducatis Of All Time

The Bolognese brand has churned out everything from sportsbikes to streetfighters to ADVs and even cruisers. Here are our top picks 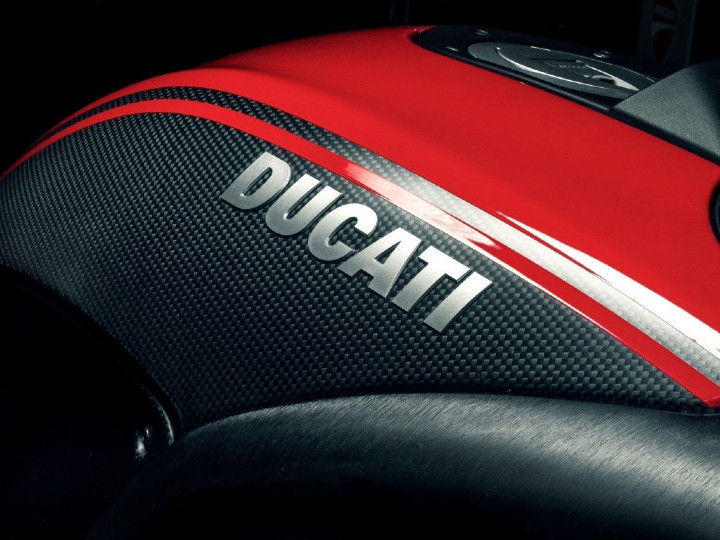 Ducatis have always been quintessentially Italian. Loud, growly, sometimes difficult to live with and almost always finished in an unabashed bright red shade. The foundation for the brand was laid almost exactly 94 years ago, on the 4th of July, 1926. As it celebrates its birthday and inches closer to a century, we take a look back at some of our favourite Ducatis over the years.

It’s not like Ducati today does little commuters or anything, but there was a time when the brand was almost completely out of reach for the common man. That changed in 1993, when Ducati brought in the stylish, characterful yet relatively reasonable Monster. Suddenly, even the common man could aspire to own a piece of genuine Italian heritage one day.

The Monster has remained in the Ducati lineup ever since, and it continues to be the entry point to the brand even today. We’ve seen everything from little Monster 400s to the flagship Monster 1200 in the last 27 years, and the name is expected to live long into the future as well, with a new Monster being tested by Ducati that you can check out here.

Also Read: These Are The 5 Most Iconic Yamaha Bikes In India

Affordable nakeds like the Monster help Ducati sustain itself, but the trademark specialty of the Bolognese brand has always been sportsbikes. And there’s no Ducati sportsbike more celebrated than the mighty 916. It was created under the watchful eye of legendary designer Massimo Tamburini, who not only gave the bike its beautiful appearance but also played a role in the technical choices that made the 916 a best-in-class performer. Testament to this capability were the four WSBK titles that the 916 picked up in a period of 5 years.

WSBK has certainly proved to be a happier hunting ground for Ducati over the years, but let’s not forget that the marque is a force to be reckoned with in MotoGP as well, even winning the title in 2007. Never one to miss an opportunity for an ultra-exclusive limited-edition model, Ducati rolled out the first true road replica of a MotoGP bike in the Desmosedici RR. The bike was powered by a toughened-up version of the same 989cc V4 engine used in its early MotoGP bikes, and it was good for 200PS back in 2007! To take a closer look at the one-of-a-kind Desmo, head here.

Ducati broadened its horizons even further in 2003 with the introduction of the dual-sport Multistrada. It took that L-twin goodness from its sportsbikes and used it to power a continent-crossing missile instead. The first generation looked rather gopping but subsequent bikes have been among the best-looking ADVs on the market. Of course, they’re more sports tourers in ADV clothing, not exactly suited to hardcore off-road use, but you’d be hard-pressed to find more highway-friendly bikes than these.

Another iconic sportsbike from Ducati was the radical-looking 999. Not everyone was a fan of Pierre Terblanche’s design, but the bike’s performance was irrefutable. With over 100Nm available from just 8000rpm and a fully-laden weight of under 200kg, it’s no surprise that the bike won 3 WSBK championships before being replaced by the 1098. Homologation special ‘R’ and ‘S’ versions upped the ante even further with bits like Ohlins suspension and lighter wheels.

No, the Diavel isn’t the brand’s first cruiser. That accolade goes to the Ducati Indiana from 1986. But what the Diavel did do is completely shake things up in the cruiser segment when it rolled onto the scene back in 2010. Never before had a bike this comfortable had such obscene performance. Today, it’s powered by the latest 1260cc motor and comes with all the bells and whistles you could ever want or need, while still packing in enough punch to keep most superbikes honest.

This bike represents a bold new direction for Ducati. It has decided to drop the historied L-twin design in its flagship superbike and go for the V4 engine architecture from its MotoGP bike instead. The Panigale V4 is the brand’s first proper production bike to be powered by a V4 and it’s all the better for it. The motor has already made its way into the naked Streetfighter and is expected to power the next generation Multistrada as well. You can read more about that here.

While it is often associated with being at the cutting-edge of technology (and rightly so) Ducati also rolled out a range of retro motorcycles under the SportClassic lineup at the 2003 Tokyo Motor Show. These bikes went on sale in 2005 and comprised of iconic models like the GT 1000 naked and Paul Smart 1000 LE cafe racer. Custom bike builders even today relish the idea of working on these classic Ducati models.

Today, ‘Panigale’ is a household name in biking circles, and the bike that kicked it all off was the 1199 Panigale back in late-2011. From a technical standpoint, it was the first flagship superbike from the Italian brand to implement a monocoque construction and ditch the trellis frame; and from an aesthetic standpoint, it was a breathtakingly beautiful motorcycle. Finicky to ride and difficult to get the best out of, it might not have achieved the same racing success as its predecessors, but it will certainly go down in history books as one of the most iconic Ducatis ever made.