If priced well, the Xpander could very easily turn things around for Mitsubishi India 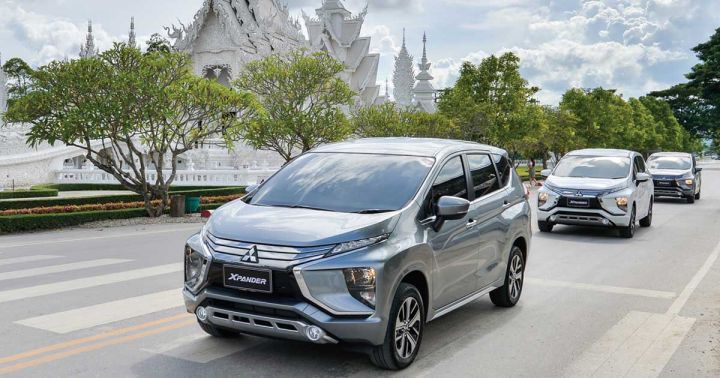 It’s no secret that Mitsubishi is struggling in India. With a grand total of two products, and a thin sales and service network, the once revered Japanese brand isn’t even beginning to scratch the surface of the Indian market. To do that, the manufacturer desperately needs a mass market product. A product, they believe, they’ve found in the Xpander. Let’s run through the basics first.

Mitsubishi’s people-mover is already on sale in Southeast Asian countries like Indonesia, Thailand and Philippines. It’s a mid-size MPV a la Ertiga that’s targeted towards the modern nuclear family. And, by the looks of it, it does have a bucketful of presence.

Most of that is down to the radical face of the MPV. It carries forward the same hourglass-inspired grille design and gets some interesting design elements too. This includes the slender LED daytime running lamps, 16-inch alloy wheels and faux skid plates on either bumper. It isn’t particularly pretty but will definitely turn heads.

Looks like it! For all that flash outside, the cabin is sensibly sombre. There’s a likeable beige-black dual-tone theme as well as faux wood and dull silver accents that help break the monotony. It is a seven-seater which can be ‘converted’ to a six-seater if need be. Much like the front middle seat of the Mahindra KUV100, the middle portion of the Xpander’s rear seat can be folded down into a big armrest! There’s some more versatility in the form of a 50:50 split for the third row too.

As far as features are concerned, the Xpander is as well equipped as it’s expected to be. It gets roof-mounted AC vents, keyless entry, push-button start, a 7-inch touchscreen music system as well as cruise control.

What’s under the bonnet?

The MPV gets a single 1.5-litre petrol engine in global markets. This motor produces 105PS of power and 141Nm of torque. Mitsubishi offers both a 5-speed manual as well as a 4-speed automatic. Notably, there’s no diesel engine on offer. Here’s how the numbers stack up against the upcoming Maruti Ertiga and the Honda BR-V:

By when and how much?

Uttam Bose, managing director, Mitsubishi India confirmed that the Xpander is at least two years away. At the moment, the manufacturer is evaluating if the MPV will be a right fit for the Indian market. It’s going to be an uphill task for Mitsubishi since local assembly is almost non-negotiable if they want to play the volumes game in India. On a related note, Mitsubishi is also considering the mid-size Eclipse Cross SUV to rival the Jeep Compass in the Indian market.

What do you think of the Xpander? Let us know in our comments section below.