Mitsubishi’s Tokyo pavilion was all about creature size and comforts, in the form of SUV concepts 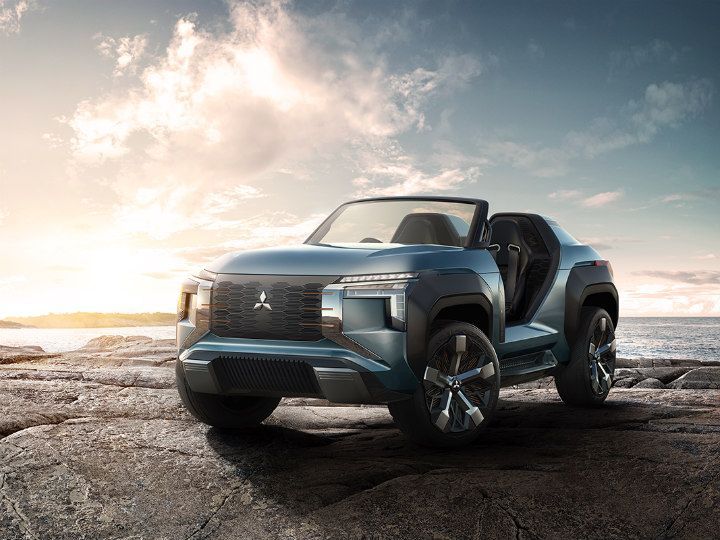 Mitsubishi Motors has never quite made a mark in the Indian market despite offering hits such as the Lancer and Pajero here. However, with the concepts it has showcased today at the 2019 Tokyo Motor Show, this Japanese automotive giant looks like it is going all out for the future. The MI-Tech and Super Height K-Wagon concept cars are the company’s vision for upcoming vehicles.

The first radical concept from the carmaker was the MI-Tech small PHEV concept SUV. Envisioned as the buggy of the future, it doesn’t have a roof or doors. Exterior highlights include a front end that adopts Mitubishi’s Dynamic Shield concept. Other highlights include T-shaped headlights, aluminium skid plates on the lower bumper as well as highly raised overfenders. The rear features the same T-shaped tail lamp design as the head lamps.

Going inside, the concept SUV is as simple as it gets for a future buggy, as apparent from the absence of an infotainment system. Interior highlights include a digital instrument cluster, heads up display with AR tech, and keyboard-like switches on the centre console.

Under the hood is a host of complicated tech. Powering the SUV is a compact gas turbine engine-generator that replaces a gasoline engine. The special part about this engine is its flexibility to run on different fuels like diesel, kerosene and alcohol depending on the region. This turbine motor is mated to a hybrid system that consists of an electric 4WD system alongside electric brake calipers. The calipers help in providing better response and accuracy under braking.

The next concept on Mitsubishi’s Tokyo Motor Show lineup was the Super Height K-Wagon Concept. This is essentially what the next-gen Kei wagon would look like. The concept SUV certainly lives up to its name with a design that incorporates a long wheelbase and wide open passenger cabin

Some design highlights include the Dynamic Shield front-end concept, two-done body colour as well as silver roof rails. The main talking point inside the concept includes the largest rear door opening and back seat legroom in its class. Other nifty equipment includes brown-themed interior and synthetic leather covered with diamond quilting for the seats.

As spacious as it is, the Super Height K-Wagon Concept also boasts a high-performance engine, mated to a CVT gearbox. It also features a variety of driver assistance tech that includes MI-PILOT single-lane driver assistance on highways, a braking system that mitigates damage from collisions, and collision prevention assistance.  Mitsubishi plans to debut its production spec by the end of the fiscal year.