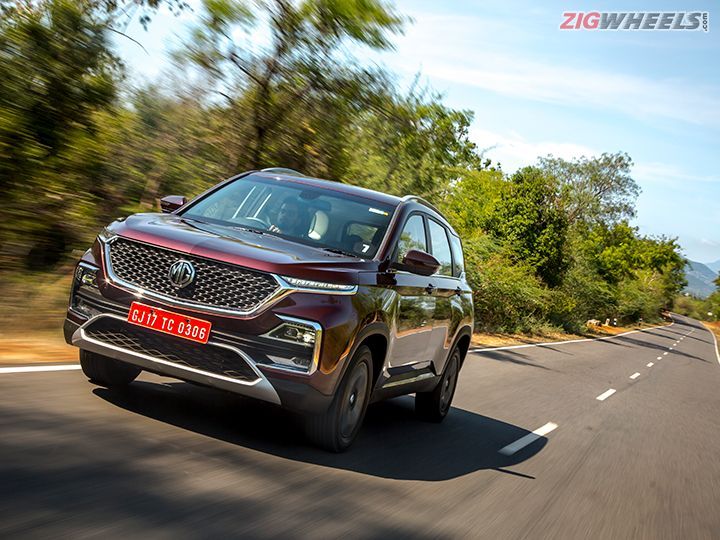 MG Motor is all set to launch its first offering for India, the Hector, tomorrow. Dealers have also started accepting bookings from 4 June for a token amount of Rs 50,000 and deliveries are expected to begin soon after launch. Likely to be priced in the Rs 15-20 lakh (ex-showroom) bracket, the MG Hector will be the first midsize SUV to feature the connected-car tech. With its launch scheduled for tomorrow, here is what the MG Hector has to offer.

For most potential buyers, this must be a top concern, given that MG is a new brand in India. The car maker plans to have 120 touchpoints in 50 cities when it launches the Hector tomorrow.

A leaked document suggests that the MG Hector will be available in four variants -- Style, Super, Smart and Sharp. It also reveals that the Smart and Sharp variants will get MG’s i-SMART connected-car tech which is a segment-first. The Hector’s infotainment system features an embedded SIM which helps it stay connected to the internet. It offers more than 50 connected features, some of which include remote engine start/stop, immobilizing the vehicle in case of theft and more.

Apart from the connected-car tech, the MG Hector gets features like a 10.4-inch infotainment system with Android Auto and Apple CarPlay, automatic climate control, 360-degree camera, cruise control, coloured MID and more. It is also the only SUV in its segment to get full LED lighting all around.

The 1.5-litre turbo petrol is good for 143PS/250Nm, while the 2.0-litre diesel engine is a direct lift from the Compass and churns out 170PS and 350Nm of torque. The petrol variant also comes with an optional 48V mild-hybrid system. The manufacturer claims that it improves fuel efficiency by 12 per cent and provides additional torque boost too. While all engine options come mated to a 6-speed MT, the 7-speed DCT can only be had with the turbo petrol variant.

The MG Hector will take on the likes of the Tata Harrier, Mahindra XUV500, the Jeep Compass and the Hyundai Tucson. We have compared it with these rivals and if you want to know our impressions after the first drive, head here for the first drive review.

Considering MG is a new brand in the country, will you consider buying the Hector over its well established rivals? Let us know in the comments section below.