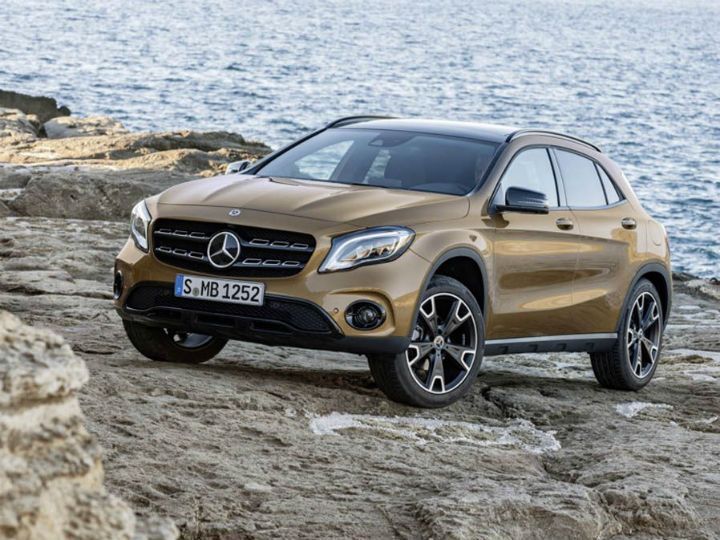 The 2017 Mercedes-Benz GLA will be launched tomorrow with just minor visual and feature updates while retaining the existing hardware underneath. The automaker first showcased the compact luxury SUV at the North America International Auto Show early this year.

For 2017, the GLA's Xenon headlamps will be replaced with LED units. The twin-slat grille has been revised as well and gets tasteful chrome touches on the black slats flanking the three-pointed star. The bumpers are redone too and feature a round fog lamp assembly. The car will also get a new set of machined alloy wheels.

On the inside, the car will mostly remain the same. The 8-inch infotainment will remain intact but will gain Android Auto and Apple CarPlay connectivity options. A birds-eye camera with surround view will also be added to the feature list.

The AMG-tuned GLA 45 will also get similar cosmetic updates and go on sale later in 2017. The locally assembled SUV will challenge the BMW X1 and the Audi Q3. It remains to be seen whether the updates are enough for it to become the leader in its segment. The GLA facelift wears a car-like silhouette, which isn't a popular choice among SUV buyers. What could be popular, though, is the revised pricing of the car. Before the implementation of GST, the GLA was priced between Rs 33.1 lakh and Rs 36.2 lakh (ex-showroom Delhi). Expect the new model to undercut those tags as GST gives big cars bigger relief.