Before the upgrade, the EV was offered with a 7.4kW onboard charger ever since its launch a month ago 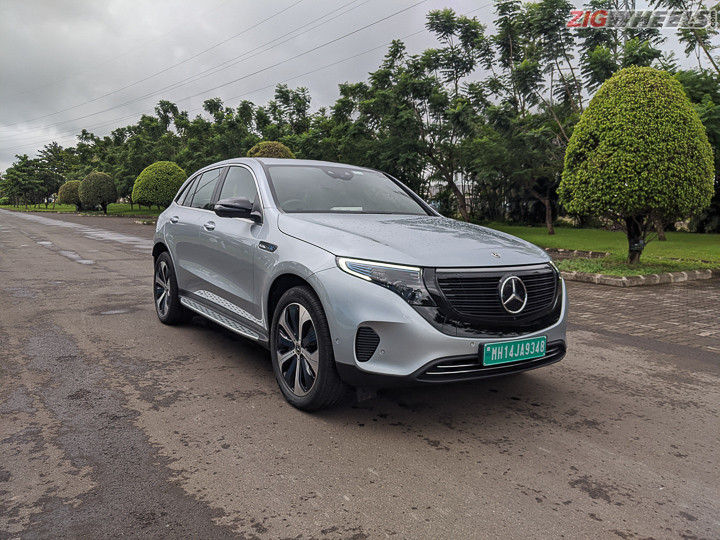 Mercedes-Benz has upgraded the charger for its first all-electric SUV, the EQC. Launched in India on October 8, the EQC arrived after a five-month delay. It is offered in only six cities for now: Pune, Mumbai, Delhi, Hyderabad, Chennai, and Bengaluru.

Before this upgrade, the EQC was offered with a 7.4kW AC home charger that took 10 hours to juice up the 80kWh battery pack from 10 to 100 percent. The carmaker claims that with the new 11kW charger, that time has been slashed by around two and a half hours to a much more convenient 7 hours and 30 minutes. The other charging options for the EQC remain unchanged. These include a 2.4kW wall socket charger which takes 21 hours to charge the battery from 10 to 100 percent, and a 50kW fast charger that takes just 1.5 hours. While 1.5 hours sounds unbelievable, the sad bit is these chargers or charging stations that offer this option are hard to find.

The EV is powered by a twin electric motor setup with each motor placed on either axle, giving a combined output of 408PS and 760Nm. Powered by the 80kWh battery pack mentioned above, it has an NEDC (New European Driving Cycle) claimed range of over 450km. The EV is electronically limited to a top speed of 180kmph and can go from 0-100kmph in 5.1 seconds.

Launched in India at an introductory price of Rs 99.30 lakh (ex-showroom), the EQC currently faces no direct competition. However, that won’t be the case for long with upcoming EVs such as the Audi e-tron and Jaguar i-PACE.