The entry level luxury sedan from Mercedes-Benz has receives minor updates, both inside and outside 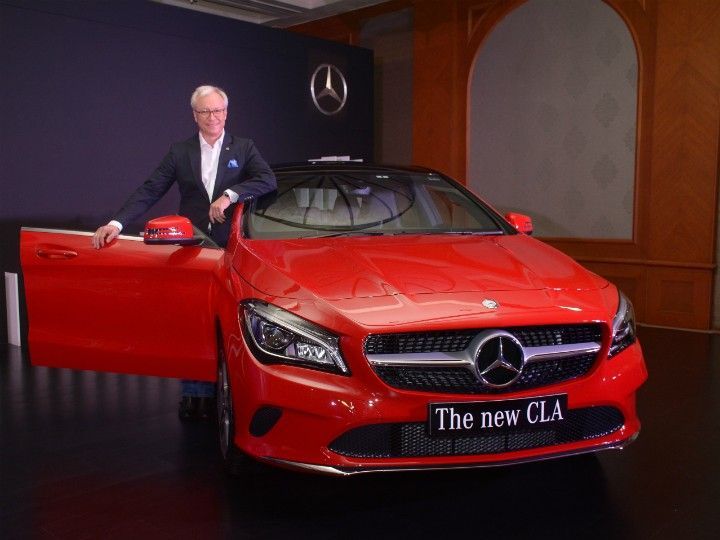 Mercedes-Benz has updated its entry level sedan offering in the country. The CLA facelift has been launched at a price of Rs 31.40 lakh (ex-showroom, Mumbai). The top variant is priced at a difference of Rs 3.28 lakh from the base, at Rs 34.68 lakh. Updates have been made to both the exterior and the interior of the car in the form of new LED lights and updated equipment list. The CLA has been doing well for itself in the Indian market and this facelift is likely to further help its sales. It has only one rival in the Indian market – the Audi A3, which is priced between Rs 27.1 and 32.9 lakh (ex-showroom, Delhi). Let's have a closer look at the changes we’ll find in the CLA facelift.
Mechanics

Globally, the CLA is available with 11 different engine options. But in India, the carmaker will stick with just two engines – a petrol and a diesel. The gasoline motor is a 2.0-litre, four-cylinder unit which belts out 183PS of power and 300Nm of torque. The diesel engine is a larger 2.2-litre unit, churning out 136PS power and 300Nm torque. Both the engines are mated to a seven-speed automatic gearbox. The one you see in the above image is with the Road and Track package with added decals, red hubcaps, carbon fibre mirrors, a spoiler and aluminium pedals.

For the unacquainted, it would be really hard to spot the changes made to the sedan. For starters, the projector units have been swapped for LED headlamps, giving the facelifted car a slightly modern touch. Another change in the front is the chiselled bumper, which accommodates a larger air dam. The side profile remains identical with a new set of alloy wheels and the rear gets a new set of LED taillights with minor tweaks in the bumper.

The changes made to the cabin are also hard to find. If you look closely, you will notice an eight-inch infotainment display – an inch bigger than the old one. The new system also runs both Android Auto and Apple CarPlay. Look even closer and you will notice a new instrument cluster in place, with chrome garnish on controls. Other than that, the interior of the CLA facelift remains a familiar place with comfort features like electric seats with leather upholstery, a leather-wrapped steering and climate control.

The CLA is still available in three variants – one petrol and two diesel. The prices (ex-showroom, Mumbai) of the new CLA are:

Realising the growth potential in the Indian market, Mercedes-Benz has become aggressive in its approach. After fulfilling the promise of equipping all its cars with petrol engine options, the German luxury carmaker introduced its C- and S-Class cabriolets in the Indian market along with a drop in the price of the E-Class cabriolet. BMW has also revealed the 1 Series sedan, which rivals the CLA and the A3; but, as of now, the Bimmer is limited to China and its chances of shining in the Indian sun are not very bright.