Limited to 100 units each, both receive cosmetic updates on the outside and new equipment on the inside 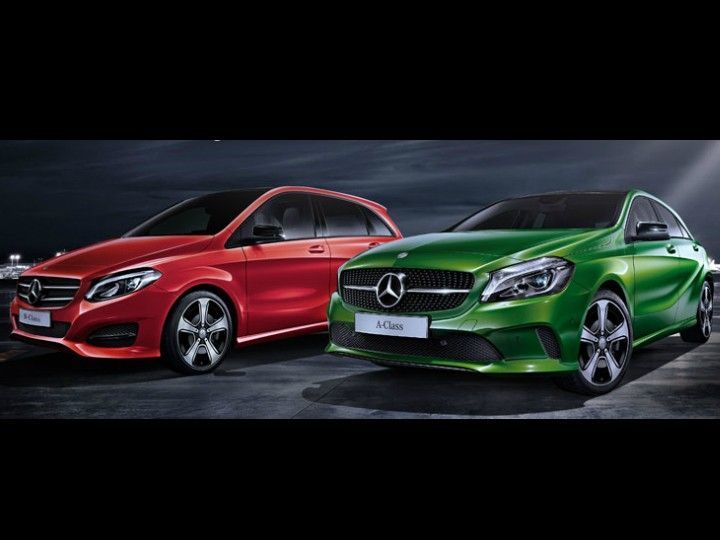 The Night Edition adds black coloured features to the facelift that the A-Class had been given in December 2015, to make it look more sporty. The changes here include black ORVM covers, black high-gloss belt-line trim, black hub caps and black high-gloss front and rear bumper trims. The car is also fitted with the 'Urban' styling package which adds a black diamond grille with gloss black louvre and chrome inserts, 17-inch high-gloss 5-spoke alloy wheels and a two-pipe chrome-tipped exhaust. A 'Night Edition' badge wraps up the changes on the outside.

Check out our review of the Mercedes-Benz A-Class facelift here.

On the other hand, the B-Class Night Edition features 17-inch, 5-spoke black light-alloy wheels, black ORVMs, high-gloss black beltline trim and high-gloss black front and rear bumper trims. The variants also feature 'Night Edition' badges. On the inside, the changes are limited to the ARTICO man-made leather sports seats and the 8-inch infotainment screen with smartphone integration. The B-Class features a three-spoke leather-wrapped steering as standard with paddle shifters for that added sporty appeal. The rear seats can be folded in a 60:40 ratio and folded flat to increase luggage space from 488 litres to 1547 litres. The B-Class has been given a facelift in March 2015.

Check out our review of the Mercedes-Benz B 200 d here.