The crazy cousin of the sombre S-Class is finally here 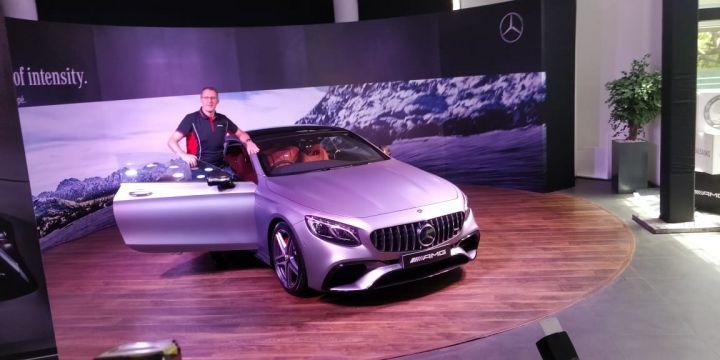 The wait is finally over! Mercedes-AMG has launched the two-door version of the S-Class, the S 63 Coupe, in India. Priced at Rs 2.55 crore (ex-showroom Delhi), the S 63 becomes the German car manufacturers seventh AMG offering for our market this year. Mercedes-AMG is also expected to introduce the S 63 Cabriolet sometime later this year. For now, the S 63 Coupe locks horns with the upcoming BMW 8 Series. The company will also a maintenance package, called the 'Star Ease Package' for the S 63 Coupe, for Rs 2.28 lakh a year.

Powering the S 63 is a 4.0-litre twin-turbo V8 engine which produces 612PS of power and a mammoth 900Nm of torque! To put things into perspective, that’s 27PS and 200Nm more than the flagship Mercedes-AMG GT R track monster!

The S 63's engine is paired to an AMG speedshift 9-speed auto 'box, the coupe does the 0-100kmph sprint in just 3.5 seconds before topping out at 300kmph!

On the design front, the AMG S 63 features the ‘Panamericana’ grille design, which made a comeback with the GT R, with large air ducts at the front for better cooling. Adding to its aggressive appeal, the side features chrome elements and large 20-inch forged lightweight alloy wheels as standard.