Both hatchbacks come with similar power and torque figures. So this could go down to the wire 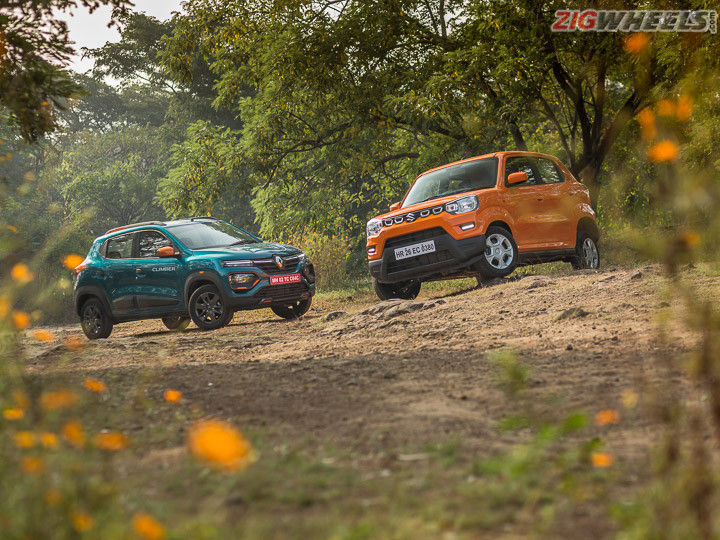 The Maruti Suzuki S-Presso and the Renault Kwid are two cross-hatchbacks that would most likely be spending their time in the urban jungle. Their small size and easy to drive nature makes city driving a breeze. But there could be times when you would want to hit the open road and have some fun with them. The S-Presso and Kwid come with 1.0-litre petrol engines that develop similar power and torque figures. But which engine does a better job on the highway and offers a bigger fun-to-drive quotient? Let’s find out.

The Maruti Suzuki S-Presso and Renault Kwid come with a 1.0-litre 3-cylinder engine that churns out similar power and torque outputs. Both models come mated a 5-speed AMT as well. It must also be mentioned that the S-Presso’s engine is a BS6 compliant unit, which are known for their dull throttle response. Does that mean the S-Presso is the slower car here?

Nope, the BS6 upgrades to Maruti’s 1.0-litre K10B engine hasn’t toned down its performance. The S-Presso is still a sprightly car to drive and feels more enthusiastic than the Kwid. The S-Presso does the 0-100kmph run in 15.10 seconds, which is four seconds faster than the Kwid. This is no doubt helped by the S-Presso’s peppy engine and a responsive AMT.

The Kwid’s powertrain needs dollops of gas to get it going and has a slow shifting AMT gearbox. Despite these traits, it surprised us in its 20-80kmph run in kickdown mode. It was only 0.74 seconds slower than the S-Presso, which is commendable.

The S-Presso is the more fuel efficient car inside the urban jungle, returning 2.87kmpl more than the Kwid. This is no doubt helped by its responsive engine as it requires minimal effort inside the city. However, the highway fuel efficiency figures of both cars are almost the same, with the S-Presso bettering the Kwid by 0.58kmpl.

The S-Presso’s powertrain is peppier than the Kwid despite it being a BS6-compliant unit. Its rev-happy nature also means that you could have some fun behind the wheel when you intend to do so. All of this doesn’t come at the cost of fuel efficiency either and that’s why the S-Presso is our pick in this test.