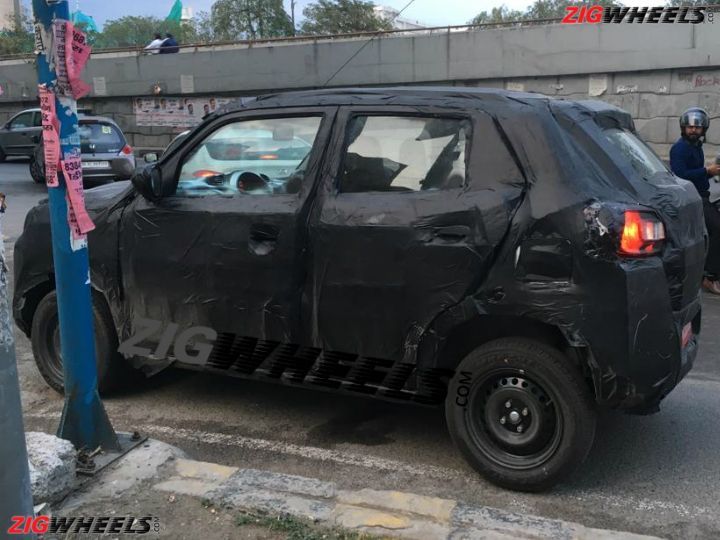 It’s official! Maruti Suzuki’s upcoming cross-hatch, the S-Presso, has finally got a launch date. And its sooner than you think as the S-Presso is slated to launch on September 30. Based on the Future-S concept that was showcased at the 2018 Auto Expo, here’s what you can expect from the Renault Kwid rival.

The carmaker has been extensively testing the S-Presso in India. Based on previous spy shots, we can tell that the S-Presso looks like an Alto on stilts, meaning it’s more upright and taller than the Alto. This, along with the chunky 14-inch wheels, make the S-Presso look like a mini SUV. For reference, the Renault Kwid, which pioneered this segment, gets smaller 13-inch steel wheels.

Like the Future-S concept, the S-Presso’s cabin resemble that of the Mini Cooper with a circular theme. The speedometer is housed within a pod at the centre of the dashboard and below it sits the infotainment system and air-con controls. Considering the fact that the Kwid comes with a touchscreen infotainment system, we expect Maruti to offer the same as well. In all probability, it could be the same SmartPlay Studio interface that made its debut with the new WagonR. Other features that are likely to e offered on the S-Presso include a digital instrument cluster with a multi-info display, power windows, keyless entry with push button start and projector headlamps.

Under the hood, the S-Presso is expected to be powered by the Alto’s 1.0-litre K10B petrol engine that develops 68PS and 90Nm. Expect Maruti to offer the S-Presso with two transmission options: a 5-speed manual gearbox or an AMT. The carmaker could introduce a CNG variant at a later date as a more environmentally-friendly option that could also help it comply with the country’s CAFE (corporate average fuel efficiency) norms.

The Maruti Suzuki S-Presso is expected to be priced from Rs 4 lakh (ex-showroom). Incidentally, Renault is also set to roll out the Kwid facelift by the end of September. Stay Tuned!